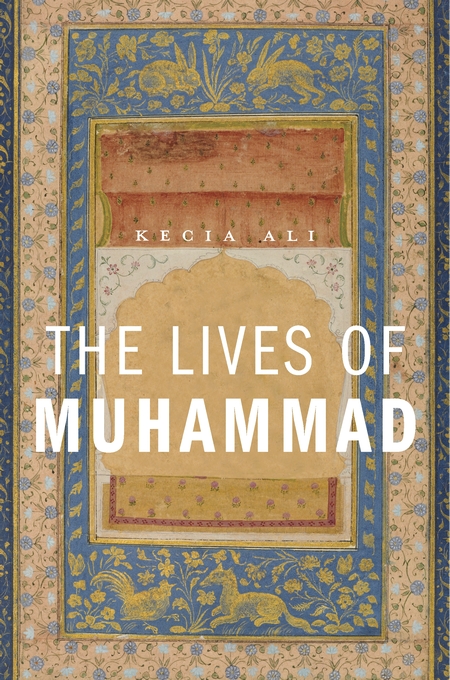 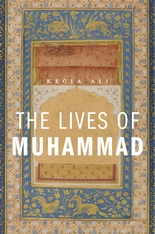 The Lives of Muhammad

“[Ali] examines Muhammad biographies as a genre to which both Muslim and non-Muslim authors have contributed… The modern telling of Muhammad’s biography appears in Ali’s work as a collaboration between Muslims and non-Muslims, revivalists and reformists, sympathetic outsiders and antagonistic critics who drew not only from a more or less stable outline of Muhammad’s life, but also from worldwide notions of great men and from certain controversies… For Ali, the development of Muhammad’s biography serves to undermine the famed clash-of-civilizations thesis, in which the West and the Muslim world exist as separate and self-contained wholes. In her view, the mutual influence between Muslim and non-Muslim writers presents a world of shared values and assumptions about what constitutes authoritative evidence, in which writers who aim to defend Muhammad and those who seek to discredit him together produce a body of literature that is neither East nor West… Ali’s coverage of historical shifts among Muhammad’s followers and opponents alike challenges our ideas about universal norms… The Lives of Muhammad leads its reader to rethink assumptions about history, biography and the imagined East–West divide… [It] serves to skillfully complicate modern debates over Muhammad’s life and character, and his relevance for modern Muslims.”—Michael Muhammad Knight, The Washington Post

“Muhammad presents two violently incompatible faces to the historian. For devout Muslims, relying both on the Quran and the vast corpus of sacred traditions, the hadith, he serves as the unimpeachable model for human behavior, not only in matters of faith and ritual but in the most humdrum aspects of daily life, from marital and business relations to personal hygiene, including even the proper use of the toothpick. For non-Muslims, drawing on the same sources, he has been viewed from the earliest times as lustful and barbarous, as a raving impostor aping the ancient prophets; nowadays he is further charged with misogyny and pedophilia. The contrast is so stark as to appear irreconcilable. Instead of attempting to skirt this divergence, Ali uses it to structure her inquiry.”—Eric Ormsby, The Wall Street Journal

“Ali offers a controversial thesis: Biographies of Muhammad have taken a Protestant turn. She focuses on Muhammad not as a source of metaphysical truth or personal piety but as a historical person with his own life story. Just as depictions of the historical Jesus are ever-changing, refashioned to fit new circumstances, so is the quest for the historical Muhammad… No one can finish Ali’s book without a renewed curiosity about reading, interpretation, and authority.”—Bruce R. Lawrence, The Chronicle of Higher Education

“The Lives of Muhammad is not merely a biography, but a biography of biographies. It’s a book devoted to unraveling the story of the Muslim prophet over the last 1,500 years and a serious contribution to the debate over what is real, what is apocryphal and what is myth… The Lives of Muhammad has set the bar high and it is [Ali’s] best work to date. It is exhaustive, well-researched and an amazing contribution to the humanities.”—Shyam K. Sriram, PopMatters

“This book explores the stories around not just Prophet Muhammad, but also those close to him. The primary focus is to uncover the motivations behind these stories, and trace the shifting emphasis that evolved as these narratives were told and retold. These stories were tailored and pressed into service by both opponents and proponents of Muslims from the advent of Islam to contemporary times.”—Muhammed Hassanali, Booklist

“Ali attempts to uncover not only the stories of the Prophet Muhammad and those close to him but also the motivations behind recording or retelling these stories… Ali traces the shifting emphasis on the narratives through time and across several authors who crafted these stories and deployed them either to legitimize or discredit Muhammad’s prophethood.”—Muhammed Hassanali, Library Journal

“Ali takes an innovative approach to a biography of Muhammad, comparing the various accounts of his life in what is probably the only book to do so comprehensively. She concludes that, as sensibilities evolved in the time since Muhammad’s life, the biographies of the prophet expanded or even altered in keeping with prevailing mores.”—Publishers Weekly

“An extraordinarily insightful and illuminating book—well-written and highly readable. Henceforth it will be essential reading alongside any biography of Muhammad.”—Leila Ahmed, Harvard University

“Kecia Ali has written an engaging and accessible book for anyone wishing to understand a wide variety of historical and current perspectives on Muhammad’s life.”—Mona Siddiqui, University of Edinburgh