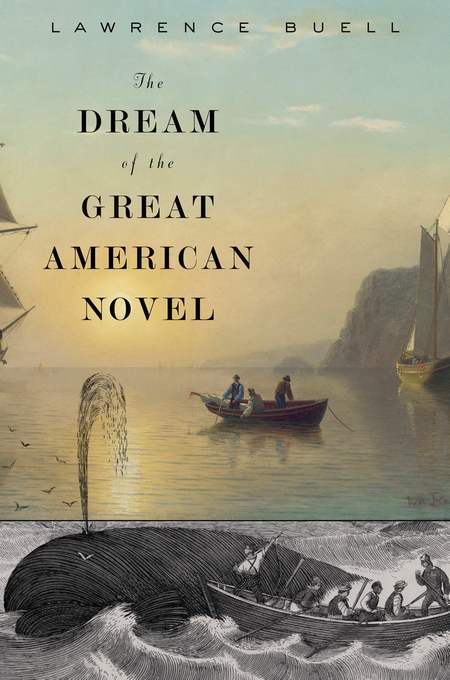 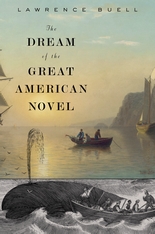 The Dream of the Great American Novel

“Magisterial… Buell’s magnum opus… Buell can summarize an argument or a plot with eye-opening precision—and make you suddenly see new things in familiar books… The grateful audience for this book will be other scholars and teachers of American literature, who will plunder its pages for decades to come. And plunder it they will because, all cavils aside, Buell proffers brilliant analyses of a dozen or so front-runners in the Great American Novel sweepstakes.”—Michael Dirda, Virginia Quarterly Review

“Impressive… Whatever text he is discussing, [Buell’s] analysis demonstrates finely tuned critical skills and a deep love of literature. He consistently communicates what it is about these novels that makes them compelling and artistically significant… Engaging and provocative… The Dream of the Great American Novel ultimately affirms the importance of literature to a nation’s sense of itself.”—Sarah Graham, The Times Literary Supplement

“An astonishing feat of erudition, The Dream of the Great American Novel takes in all of American literature, much of modern European literature, and sizeable swaths of world literature. It is a book intended to capture the curve of American history, the sweep of American culture, and the enigmas of national character—and it encompasses all the relevant scholarship as well. Indeed, Buell is among the most distinguished living scholars of American literature. Dazzling in its range, The Dream of the Great American Novel honors the preeminent American studies ideal of inclusiveness. America’s infinite variety is given its proper due, an achievement of the imagination that doubles as an ethical achievement… The Dream of the Great American Novel reveals a genetic structure to American literature, wheels that are constantly being reinvented, as motifs and forms are borrowed, appropriated, refined, sentimentalized, de-sentimentalized, sacralized, and satirized… Buell’s tour-de-force chapter on Beloved, in which all of American history seems to converge, makes for the finest pages of this robustly original book… Buell’s magnum opus.”—Michael Kimmage, The New Republic

“Anyone reading it will learn a great deal about the state and the study of our national literature.”—Michael Gorra, The Wall Street Journal

“This is an ambitious work about an enduring ambition… What emerges from [Buell’s] inquiry is a close consideration of those books that have captured the state of our divided yet United States… This is a valuable contribution to and codification of a subject often discussed but seldom examined with scholarly focus before.”—Nicholas Delbanco, The Chicago Tribune

“Lawrence Buell’s masterful study traces the long history behind the idea of the great American novel… Buell’s command of American literature as a whole, evident in his asides and brief discussions of many texts that would never be contenders for the GAN, is, by itself, impressive… The Dream takes seriously the category of the GAN’s historical drive toward exemplarity, as an object of study and a topic for critical examination. The result, fittingly enough, is a work of literary history that itself could be called exemplary.”—Jordan Alexander Stein, The Los Angeles Review of Books

“This is a massive, compendious book, self-consciously a magnum opus.”—Richard H. Brodhead, Novel

“Lawrence Buell’s endlessly fascinating new book The Dream of the Great American Novel does the best job of any book yet at anatomizing that strangest and most anachronistically imperishable cultural idea, the Great American Novel… The readings of the key texts are always invigorating, and one of the consistently most enjoyable aspects of those readings is how current they feel… In a slightly more vigorous literary environment than the one currently in place in the Republic of Letters, Buell’s big book would spark good-naturedly heated nationwide debates… And who knows? Such arguments might happen yet, if enough passionate readers buy this book. Certainly every passionate reader should.”—Steve Donoghue, Open Letters Monthly

“Lawrence Buell…deserves congratulations for taking on this broad and controversial subject… Whether it survives or has ever existed, the GAN is really just a critical peg on which Buell hangs some fine analyses of canonical American novels.”—Elaine Showalter, Prospect

“Beyond any doubt, The Dream of the Great American Novel qualifies as the definitive study of a pivotal theme that continues to bear in surprising ways on U.S. cultural history as well as literary aesthetics. The book demands attention, too, because of its provocative, finely textured reassessment of nearly our entire novelistic heritage, articulated by a leading scholar-critic of American letters with unsurpassed knowledge of the whole.”—John Gatta, Sewanee Review

“As I read this book I was excited by the unexpectedness, even brilliance of many of its commentaries. This is an important work that every scholar of American literature and many who are not, will want to read. It redefines the concept of the Great American Novel and rethinks the nature of the canonical for our contemporary critical times.”—Peter Messent, Times Higher Education

“Rich in critical insight, Buell’s analysis locates scores of novels in its interpretive mosaic. And even in a conclusion suggesting that America’s global decline dims the prospects for its realization, Buell wonders if the [Great American Novel] isn’t stirring again in surprising new developments in science fiction. An impressively ambitious literary survey.”—Bryce Christensen, Booklist (starred review)

“Although readers will encounter many usually canonized suspects, Buell’s scope is wide enough to encompass the varieties of novelists’ imaginations and to consider the implications of multiculturalism and globalism in redefining the future of American fiction.”—Kirkus Reviews

“Impressive in scope, erudition, and detail… Buell sees well beyond the canonical Great White Males and perceives American studies as a properly ‘transnational’ and ‘transpacific’ profession. Buell’s engaging book should itself become a landmark of American studies, as it exemplifies precisely why great literature needs to be read and taught.”—Publishers Weekly

“Lawrence Buell has read and mastered every novel you can think of and many you have never heard of. One result, among many others, is the definitive study of a concept so tenacious—and so caught between idea, claim, sham, and belief—that no major writer in the culture has ever been able to avoid it. The idea of The Great American Novel has been capitalized in fame, shame, and ridicule over the years, but no one before Buell has given it the full understanding it deserves. This book marvelously captures the compulsive but ever-changing communal needs that have made the idea of America a fictional playground for every writer and reader in the nation.”—Robert A. Ferguson, author of Alone in America: The Stories That Matter

“Demonstrating an enviable command of the full sweep of modern literary history, but also an expert eye for the telling individual case, Buell’s analysis of the dream of the Great American Novel is itself a great work of Americanist literary criticism, brilliantly faithful both to the anachronism and the continuing urgency of the idea at its heart. One comes away from this highly readable book with a new understanding of how certain works of literature have made themselves matter to American readers and, what’s more, an exquisitely balanced sense of the prospects for the novel’s future as an expression of national identity—and national discord.”—Mark McGurl, Stanford University