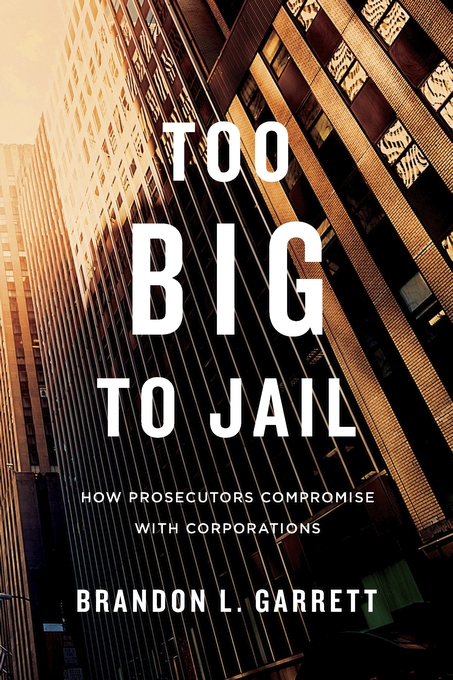 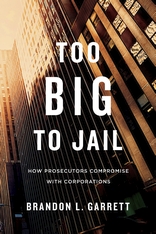 Too Big to Jail

How Prosecutors Compromise with Corporations

On WNYC’s Brian Lehrer Show, listen to Brandon Garrett discuss why so few big bankers end up in jail:

American courts routinely hand down harsh sentences to individual convicts, but a very different standard of justice applies to corporations. Too Big to Jail takes readers into a complex, compromised world of backroom deals, for an unprecedented look at what happens when criminal charges are brought against a major company in the United States.

Federal prosecutors benefit from expansive statutes that allow an entire firm to be held liable for a crime by a single employee. But when prosecutors target the Goliaths of the corporate world, they find themselves at a huge disadvantage. The government that bailed out corporations considered too economically important to fail also negotiates settlements permitting giant firms to avoid the consequences of criminal convictions. Presenting detailed data from more than a decade of federal cases, Brandon Garrett reveals a pattern of negotiation and settlement in which prosecutors demand admissions of wrongdoing, impose penalties, and require structural reforms. However, those reforms are usually vaguely defined. Many companies pay no criminal fine, and even the biggest blockbuster payments are often greatly reduced. While companies must cooperate in the investigations, high-level employees tend to get off scot-free.

The practical reality is that when prosecutors face Hydra-headed corporate defendants prepared to spend hundreds of millions on lawyers, such agreements may be the only way to get any result at all. Too Big to Jail describes concrete ways to improve corporate law enforcement by insisting on more stringent prosecution agreements, ongoing judicial review, and greater transparency.