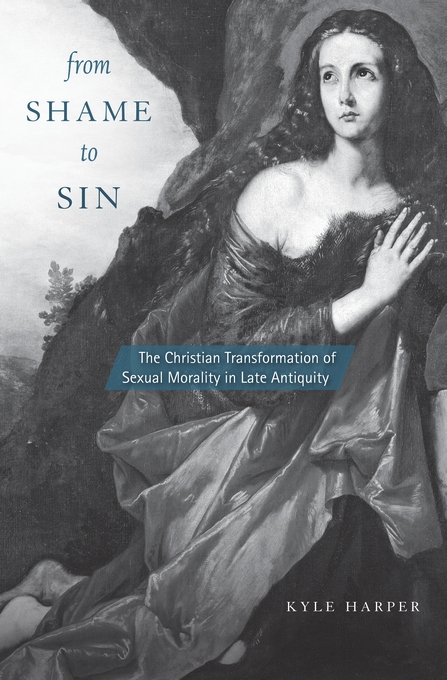 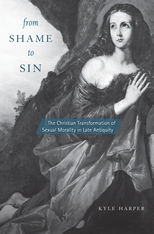 From Shame to Sin

The Christian Transformation of Sexual Morality in Late Antiquity

When Rome was at its height, an emperor’s male beloved, victim of an untimely death, would be worshipped around the empire as a god. In this same society, the routine sexual exploitation of poor and enslaved women was abetted by public institutions. Four centuries later, a Roman emperor commanded the mutilation of men caught in same-sex affairs, even as he affirmed the moral dignity of women without any civic claim to honor. The gradual transformation of the Roman world from polytheistic to Christian marks one of the most sweeping ideological changes of premodern history. At the center of it all was sex. Exploring sources in literature, philosophy, and art, Kyle Harper examines the rise of Christianity as a turning point in the history of sexuality and helps us see how the roots of modern sexuality are grounded in an ancient religious revolution.

While Roman sexual culture was frankly and freely erotic, it was not completely unmoored from constraint. Offending against sexual morality was cause for shame, experienced through social condemnation. The rise of Christianity fundamentally changed the ethics of sexual behavior. In matters of morality, divine judgment transcended that of mere mortals, and shame—a social concept—gave way to the theological notion of sin. This transformed understanding led to Christianity’s explicit prohibitions of homosexuality, extramarital love, and prostitution. Most profound, however, was the emergence of the idea of free will in Christian dogma, which made all human action, including sexual behavior, accountable to the spiritual, not the physical, world.