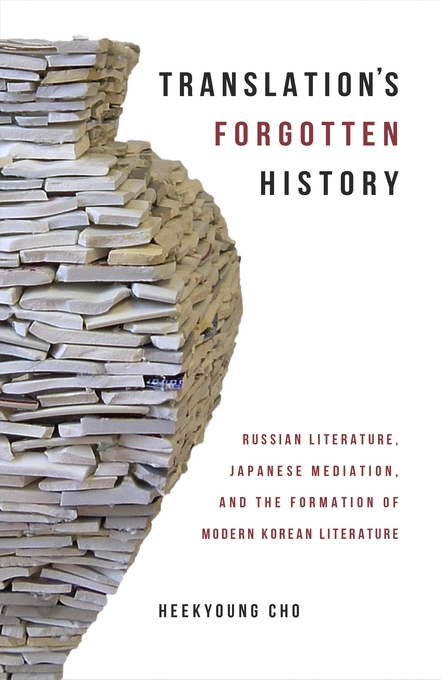 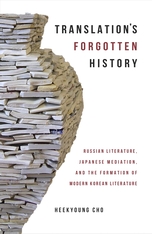 “Innovative and concise, Translation’s Forgotten History exemplifies the strengths of comparative literary studies since the coming of postcolonial scholarship. How did Tolstoy, Chekhov, and other Russian writers come to dominate the Korean literary imagination through Japanese/English translations? The author explores this fascinating history by examining multiple mediations of foreign texts in modern Korea and succeeds in altering our conception of the foundations of a national literature.”—Lydia H. Liu, Columbia University

“Translation’s Forgotten History powerfully unpacks the overlooked translation and retranslation regimes central to the formation of modern Korean literature in the early twentieth century. Offering a rich translational analysis of movements among Korean, Japanese, and Russian literary texts, this book opens up a new understanding of both the process of imagining ‘national literatures’ in East Asia and the global politics of translation itself.”—Theodore Hughes, Columbia University

“Translation’s Forgotten History provides a particularly welcome new perspective on literary dynamics in twentieth-century East Asia by examining Korean intellectuals’ translations and appropriations of Russian prose through Japanese-language translations. Based on extensive archival material in vernacular languages, it is the first English-language study to analyze the relationships among Russian, Korean, and Japanese language and literatures. This is, needless to say, a vital topic for the fields of Korean and East Asian literatures, as well as for comparative and world literature.”—Karen Thornber, Harvard University