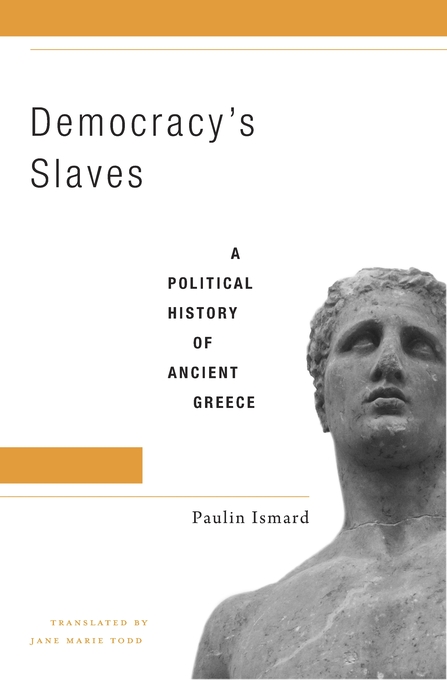 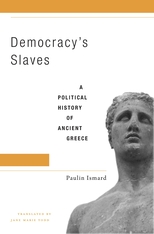 A Political History of Ancient Greece

The ancient Greek statesman is a familiar figure in the Western political tradition. Less well known is the administrator who ran the state but who was himself a slave. Challenging the modern belief that democracy and bondage are incompatible, Paulin Ismard directs our attention to the cradle of Western democracy, ancient Athens, where the functioning of civic government depended crucially on highly skilled experts who were literally public servants—slaves owned by the city-state rather than by private citizens.

Known as dēmosioi, these public slaves filled a variety of important roles in Athenian society. They were court clerks, archivists, administrators, accountants, and policemen. Many possessed knowledge and skills beyond the attainments of average citizens, and they enjoyed privileges, such as the right to own property, that were denied to private slaves. In effect, dēmosioi were Western civilization’s first civil servants—though they carried out their duties in a condition of bound servitude.

Ismard detects a radical split between politics and administrative government at the heart of Athenian democracy. The city-state’s managerial caste freed citizens from the day-to-day responsibilities of running the state. By the same token, these public servants were unable to participate in the democratic process because they lacked the rights of full citizenship. By rendering the state’s administrators politically invisible, Athens warded off the specter of a government capable of turning against the citizens’ will. In a real sense, Ismard shows, Athenian citizens put the success of their democratic experiment in the hands of slaves.