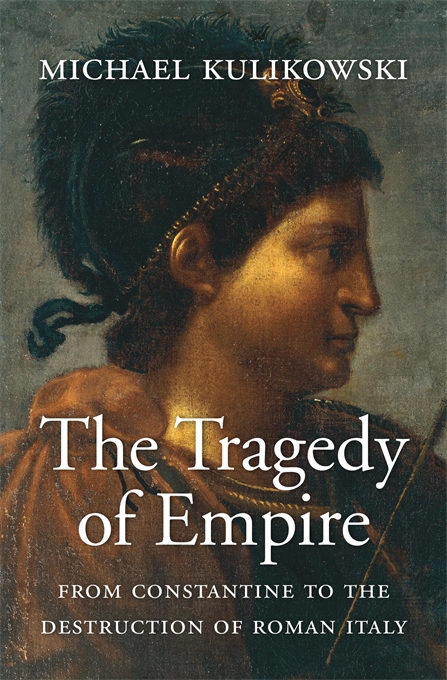 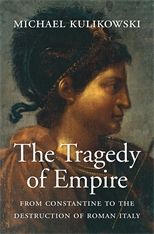 The Tragedy of Empire

From Constantine to the Destruction of Roman Italy

“As Kulikowski presents it, the end of the Roman Empire in the West was mean and dirty—and thoroughly Roman…In a brilliant tour d’horizon of the West from Ireland to the Black Sea, he measures the effect of the fall of Rome on the world beyond Rome.”—Peter Brown, New York Review of Books

“A tour de force history of the inner workings of the late Roman Empire.”—Kyle Harper, author of The Fate of Rome

“Kulikowski writes boldly and fluently about imperial politics, incorporating the latest scholarship yet avoiding getting bogged down in academic controversies. Highly recommended.”—Hugh Elton, author of The Roman Empire in Late Antiquity

“Weaving together…complex family affairs, rebels, battles, coups, and intrigue into engaging prose, Kulikowski’s book is an enjoyable read for anyone who is interested in late Roman history.”—Minerva Magazine

A sweeping political history of the turbulent two centuries that led to the demise of the Roman Empire.

The Tragedy of Empire begins in the late fourth century with the reign of Julian, the last non-Christian Roman emperor, and takes readers to the final years of the Western Roman Empire at the end of the sixth century. One hundred years before Julian’s rule, Emperor Diocletian had resolved that an empire stretching from the Atlantic to the Euphrates, and from the Rhine and Tyne to the Sahara, could not effectively be governed by one man. He had devised a system of governance, called the tetrarchy by modern scholars, to respond to the vastness of the empire, its new rivals, and the changing face of its citizenry. Powerful enemies like the barbarian coalitions of the Franks and the Alamanni threatened the imperial frontiers. The new Sasanian dynasty had come into power in Persia. This was the political climate of the Roman world that Julian inherited.

Michael Kulikowski traces two hundred years of Roman history during which the Western Empire ceased to exist while the Eastern Empire remained politically strong and culturally vibrant. The changing structure of imperial rule, the rise of new elites, foreign invasions, the erosion of Roman and Greek religions, and the establishment of Christianity as the state religion mark these last two centuries of the Empire.