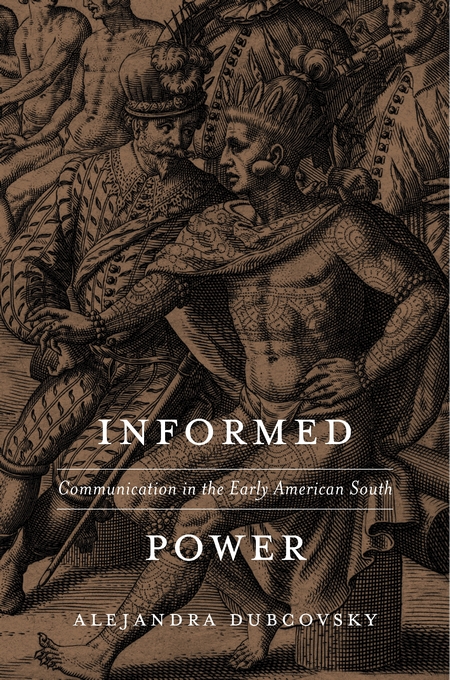 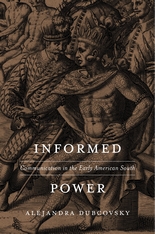 Communication in the Early American South

Informed Power maps the intricate, intersecting channels of information exchange in the early American South, exploring how people in the colonial world came into possession of vital knowledge in a region that lacked a regular mail system or a printing press until the 1730s.

Challenging the notion of early colonial America as an uninformed backwater, Alejandra Dubcovsky uncovers the ingenious ways its inhabitants acquired timely news through largely oral networks. Information circulated through the region via spies, scouts, traders, missionaries, and other ad hoc couriers—and by encounters of sheer chance with hunting parties, shipwrecked sailors, captured soldiers, or fugitive slaves. For many, content was often inseparable from the paths taken and the alliances involved in acquiring it. The different and innovative ways that Indians, Africans, and Europeans struggled to make sense of their world created communication networks that linked together peoples who otherwise shared no consensus of the physical and political boundaries shaping their lives.

Exchanging information was not simply about having the most up-to-date news or the quickest messenger. It was a way of establishing and maintaining relationships, of articulating values and enforcing priorities—a process inextricably tied to the region’s social and geopolitical realities. At the heart of Dubcovsky’s study are important lessons about the nexus of information and power in the early American South.