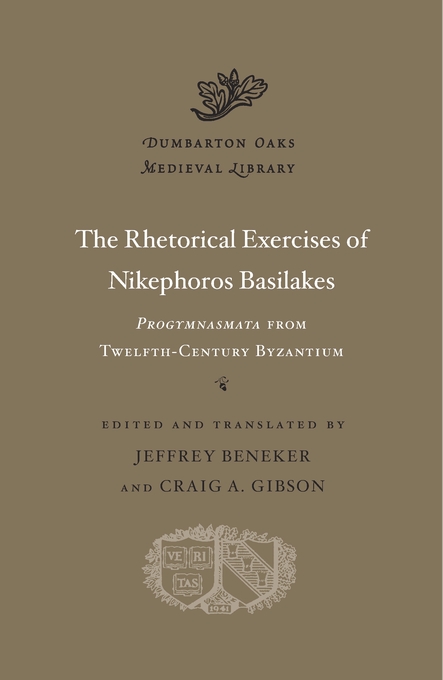 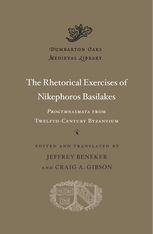 The Rhetorical Exercises of Nikephoros Basilakes

Edited and translated by Jeffrey Beneker

Progymnasmata, preliminary exercises in the study of declamation, were the cornerstone of elite education from Hellenistic through Byzantine times. Using material from Greek literary, mythological, and historical traditions, students and writers composed examples ranging from simple fables to complex arguments about fictional laws. In the Byzantine period, the spectrum of source material expanded to include the Bible and Christian hagiography and theology.

This collection was written by Nikephoros Basilakes, imperial notary and teacher at the prestigious Patriarchal School in Constantinople during the twelfth century. In his texts, Basilakes made significant use of biblical themes, especially in character studies—known as ethopoeiae—featuring King David, the Virgin Mary, and Saint Peter. The Greek exercises presented here, translated into English for the first time, shed light on education under the Komnenian emperors and illuminate literary culture during one of the most important epochs in the long history of the Byzantine Empire.