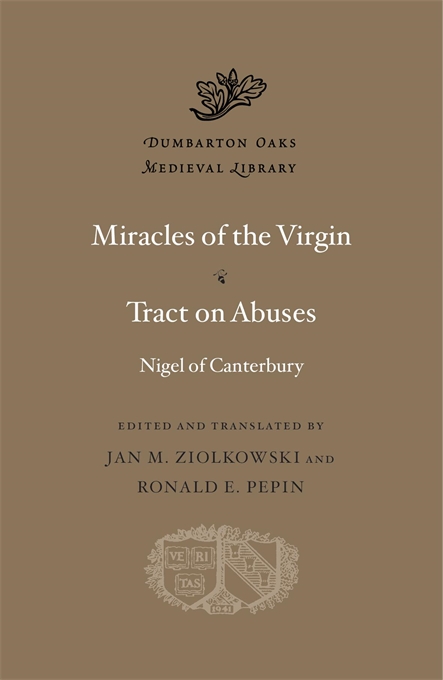 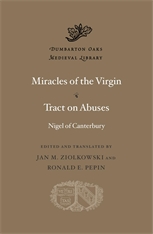 Miracles of the Virgin. Tract on Abuses

The first English translation of the earliest Latin poems about miracles performed by the Virgin Mary, composed in twelfth-century Canterbury by a Benedictine monk who inspired Chaucer.

Nigel (ca. 1135–1198), a Benedictine monk at Christ Church in Canterbury, is best known for The Mirror of Fools—a popular satire whose hero Burnellus the Ass is referenced in Chaucer’s Canterbury Tales. Nigel’s oeuvre also includes other important poems and hagiography.

The Miracles of the Virgin is the oldest Latin poem about miracles performed by Mary. This collection features seventeen lively tales in which the Virgin rescues a disappointed administrator from a pact with the devil, has a Roman emperor killed by a long-dead martyr, saves a Jewish boy from being burned alive, and shields an abbess from the shame of pregnancy. Each story illustrates the boundlessness of Mary’s mercy.

In the Tract on Abuses, a letter that resembles a religious pamphlet, Nigel rails against ecclesiastical corruption and worldly entanglements.

Alongside authoritative editions of the Latin texts, this volume offers the first translations of both works into English.