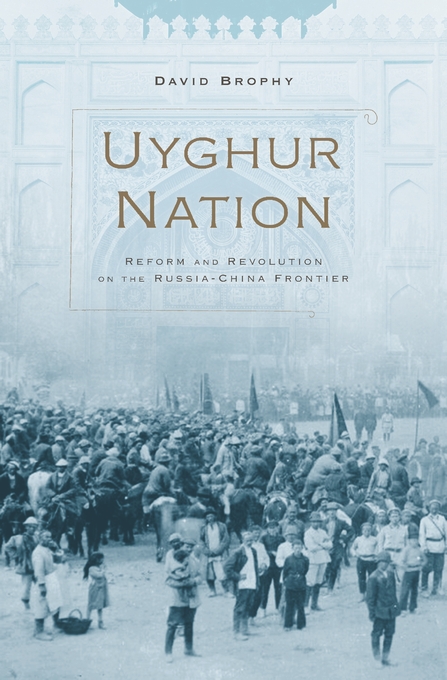 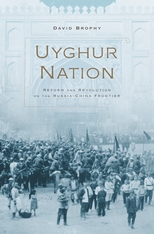 Reform and Revolution on the Russia-China Frontier

The meeting of the Russian and Qing empires in the nineteenth century had dramatic consequences for Central Asia’s Muslim communities. Along this frontier, a new political space emerged, shaped by competing imperial and spiritual loyalties, cross-border economic and social ties, and the revolutions that engulfed Russia and China in the early twentieth century. David Brophy explores how a community of Central Asian Muslims responded to these historic changes by reinventing themselves as the modern Uyghur nation.

As exiles and émigrés, traders and seasonal laborers, a diverse diaspora of Muslims from China’s northwest province of Xinjiang spread to Russian territory, where they became enmeshed in political and intellectual currents among Russia’s Muslims. From the many national and transnational discourses of identity that circulated in this mixed community, the rhetoric of Uyghur nationhood emerged as a rallying point in the tumult of the Bolshevik Revolution and Russian Civil War. Working both with and against Soviet policy, a shifting alliance of constituencies invoked the idea of a Uyghur nation to secure a place for itself in Soviet Central Asia and to spread the revolution to Xinjiang. Although its existence was contested in the fractious politics of the 1920s, in the 1930s the Uyghur nation achieved official recognition in the Soviet Union and China.

Grounded in a wealth of little-known archives from across Eurasia, Uyghur Nation offers a bottom-up perspective on nation-building in the Soviet Union and China and provides crucial background to the ongoing contest for the history and identity of Xinjiang.