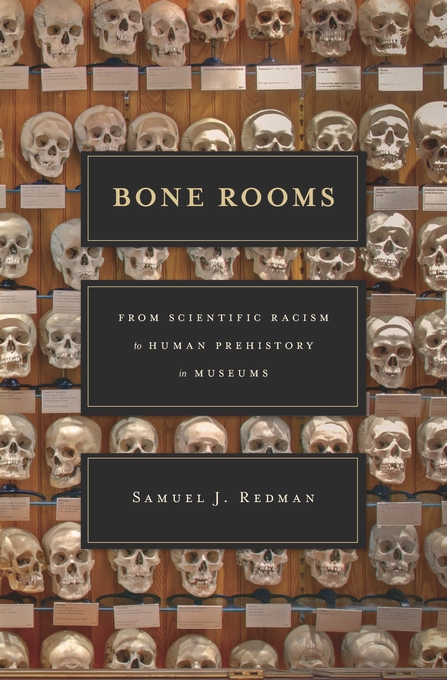 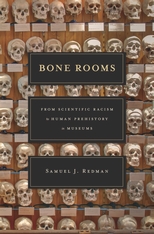 “Provides much-needed foundation of the relationship between museums and Native Americans.”—Smithsonian

“How did our museums become great storehouses of human remains? Bone Rooms chases answers…through shifting ideas about race, anatomy, anthropology, and archaeology and helps explain recent ethical standards for the collection and display of human dead.”—Ann Fabian, author of The Skull Collectors

“Details the nascent views of racial science that evolved in U.S. natural history, anthropological, and medical museums…Redman effectively portrays the remarkable personalities behind [these debates]…pitting the prickly Aleš Hrdlička at the Smithsonian…against ally-turned-rival Franz Boas at the American Museum of Natural History.”—David Hurst Thomas, Nature

In 1864 a U.S. Army doctor dug up the remains of a Dakota man who had been killed in Minnesota. Carefully recording his observations, he sent the skeleton to a museum in Washington, DC, that was collecting human remains for research. In the “bone rooms” of this museum and others like it, a scientific revolution was unfolding that would change our understanding of the human body, race, and prehistory.

In Bone Rooms Samuel Redman unearths the story of how human remains became highly sought-after artifacts for both scientific research and public display. Seeking evidence to support new theories of human evolution and racial classification, collectors embarked on a global competition to recover the best specimens of skeletons, mummies, and fossils. The Smithsonian Institution built the largest collection of human remains in the United States, edging out stiff competition from natural history and medical museums springing up in cities and on university campuses across America. When the San Diego Museum of Man opened in 1915, it mounted the largest exhibition of human skeletons ever presented to the public.

The study of human remains yielded discoveries that increasingly discredited racial theory; as a consequence, interest in human origins and evolution—ignited by ideas emerging in the budding field of anthropology—displaced race as the main motive for building bone rooms. Today, debates about the ethics of these collections continue, but the terms of engagement were largely set by the surge of collecting that was already waning by World War II.