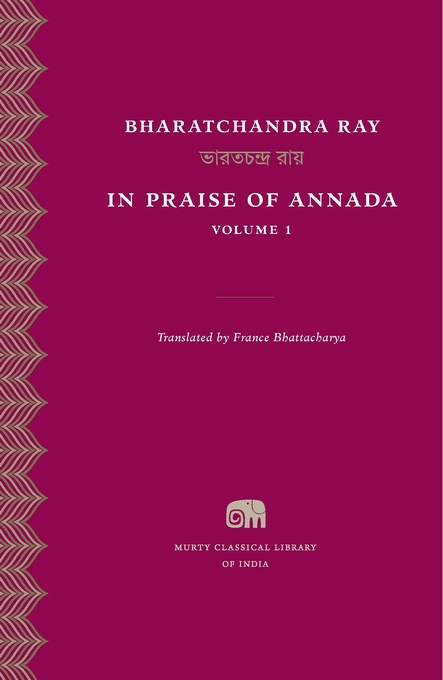 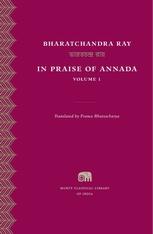 In Praise of Annada, Volume 1

Murty Classical Library of India > In Praise of Annada

The first English translation of the narrative poem that is widely recognized as one of treasures of pre-modern Bengali culture.

In 1752, the Bengali poet Bharatchandra Ray completed a long narrative poem dedicated to the glory of Annada, Shiva’s consort and the divinity who, as her name proclaims, “bestows the bounty of rice.”

A poet well versed in Sanskrit, Persian, and Hindi—all of which enrich his work—Bharatchandra took up the literary performance genre maṅgalkāvya and thoroughly transformed it, addressing the aesthetic tastes of the court rather than of the traditional village audience. He added depth and sensitivity to well-known legends, along with allusions to his own experiences of poverty, and more than a dash of mischievous wit. The first volume narrates Annada’s origins, including the building of her city and temple under Shiva’s direction and the spread of her worship, and incorporates praise of the poet’s patron, the Nadia royal family.

This translation, the first into English, accompanies the original text in the Bangla script. Lively and entertaining, In Praise of Annada was regarded as a major achievement in its own time and remains a treasure of Bengali literature.