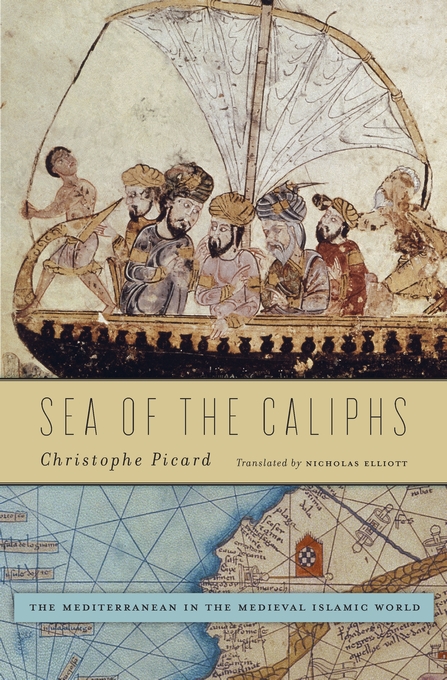 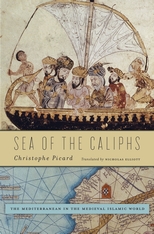 Sea of the Caliphs

The Mediterranean in the Medieval Islamic World

“[Picard is] the leading scholar of Islamic maritime history… This will surely become the standard work on Islam and the sea in the early Middle Ages.”—David Abulafia, The Times Literary Supplement

“A masterful revision of the common view of Arabs and Muslims as primarily pirates in medieval Mediterranean history.”—B. Weinstein, Choice

“By shining a light on this obscure period, Christophe Picard brings a new dimension to Braudel’s Mediterranean, as a place where the voices of Latins, Byzantines, and Muslims are integrated.”—Livres Hebdo

“In Sea of the Caliphs, Picard shows that the Mediterranean, long considered marginal to Islam, even reduced to a clichéd playground for pirates, was in reality a major site for the development of Muslim societies between the seventh and twelfth centuries. He recasts the traditional view of Fernand Braudel by making Islam the dominant actor in this space for several centuries, not only as a military power but also as a commercial and intellectual force.”—Le Monde

“A leading authority on medieval Islamic history, Picard analyzes the involvement in and approach to the Mediterranean Sea by Muslims and their principalities from the dawn of Islam to the twelfth century, when the balance of power tilted in favor of Latin Christendom. Going beyond internal developments, he examines relations both collaborative and conflictive with Byzantium, the Latin world, and Berber nations. As a history of the Mediterranean, this book is unique in placing the Islamic world at the center.”—Brian A. Catlos, University of Colorado