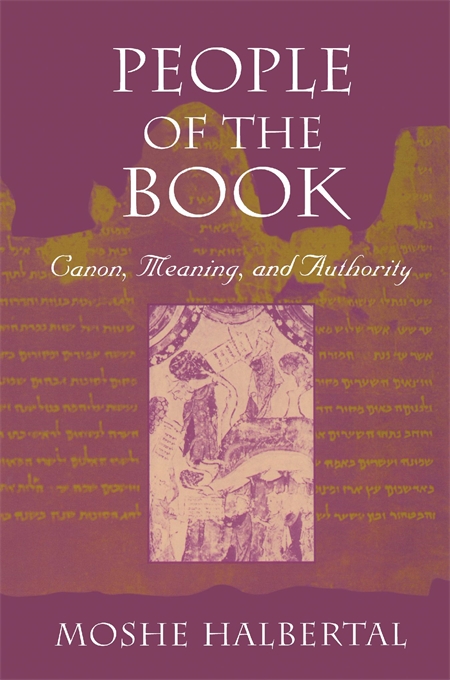 People of the Book

While Scripture is at the center of many religions, among them Islam and Christianity, this book inquires into the function, development, and implications of the centrality of text upon the Jewish community, and by extension on the larger question of canonization and the text-centered community. It is a commonplace to note how the landless and scattered Jewish communities have, from the time of the destruction of the Temple in Jerusalem in 70 A.D. until the founding of modern Israel in 1948, cleaved to the text and derived their identity from it. But the story is far more complex. The shift from the Bible to the Torah, from biblical religion to rabbinic Judaism mediated by the Sages, and the sealing of the canon together with its continuing interpretive work demanded from the community, amount to what could be called an unparalleled obsession with textuality. Moshe Halbertal gives us insights into the history of this obsession, in a philosophically sophisticated yet straightforward narrative.

People of the Book offers the best introduction available to Jewish hermeneutics, a book capable of conveying the importance of the tradition to a wide audience of both academic and general readers. Halbertal provides a panoramic survey of Jewish attitudes toward Scripture, provocatively organized around problems of normative and formative authority, with an emphasis on the changing status and functions of Mishnah, Talmud, and Kabbalah. With a gift for weaving complex issues of interpretation into his own plot, he animates ancient texts by assigning them roles in his own highly persuasive narrative.