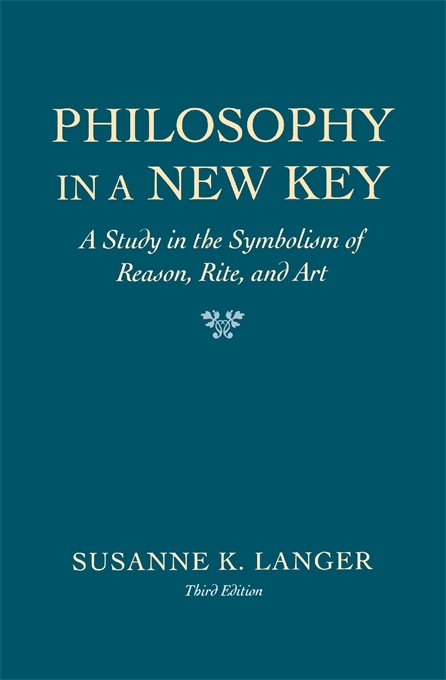 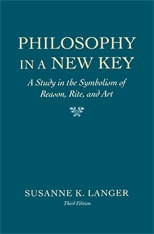 Philosophy in a New Key

A Study in the Symbolism of Reason, Rite, and Art, Third Edition

Modern theories of meaning usually culminate in a critique of science. This book presents a study of human intelligence beginning with a semantic theory and leading into a critique of music.

By implication it sets up a theory of all the arts; the transference of its basic concepts to other arts than music is not developed, but it is sketched, mainly in the chapter on artistic import. Thoughtful readers of the original edition discovered these far-reaching ideas quickly enough as the career of the book shows: it is as applicable to literature, art and music as to the field of philosophy itself.

The topics it deals with are many: language, sacrament, myth, music, abstraction, fact, knowledge—to name only the main ones. But through them all goes the principal theme, symbolic transformation as the essential activity of human minds. This central idea, emphasizing as it does the notion of symbolism, brings Susanne K. Langer’s book into line with the prevailing interest in semantics. All profound issues of our age seem to center around the basic concepts of symbolism and meaning. The formative, creative, articulating power of symbols is the tonic chord which thinkers of all schools and many diverse fields are unmistakably striking; the surprising, far-reaching implications of this new fundamental conception constitute what Mrs. Langer has called “philosophy in a new key.”

Mrs. Langer’s book brings the discussion of symbolism into a wider general use than criticism of word meaning. Her volume is vigorous, effective, and well written and will appeal to everyone interested in the contemporary problems of philosophy.