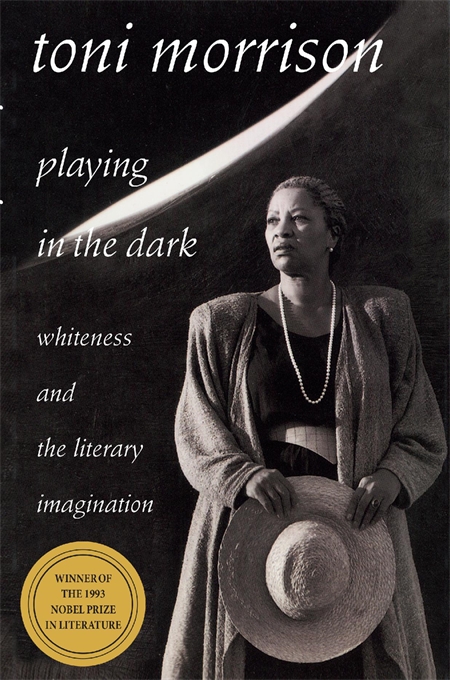 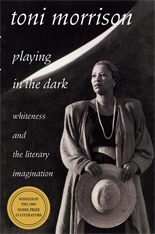 Playing in the Dark

Whiteness and the Literary Imagination

“This is a major work by a major American author… It is an exuberant exercise, conducted by a writer in her prime who knows that her own work makes steady inroads on the unspeakable.”—Diane Middlebrook, The Los Angeles Times

“In Playing in the Dark, Morrison explores how the temptation to enslave others instead of embracing freedom has shaded our national literature, and how an acceptance of this truth will enable us to see that literature’s struggles and fears, and so better understand its exuberance… Her wisdom is to locate strength in what appears to be weakness.”—Jane Mendelsohn, The Village Voice Literary Supplement

“In this beautifully written, immensely quotable study, Morrison attempts to overturn pervasive critical agendas that ignore racial representations in white texts and thus impoverish literary studies… Morrison’s interest is not to designate texts as ‘racist’ but to read the ways that the ‘racial’ operates.”—Linda Krumholz, Signs

“Morrison’s delivery of the distinguished Massey lectures at Harvard in 1990 showed off her prowess as critic, for she brings the indomitable spirit of her fiction to her feelings about literature. In Playing in the Dark, the published lectures, Morrison argues that a black, or Africanist, presence exists throughout the history of American literature, and its understanding is essential to any body of criticism. Identifying what she calls ‘the rhetoric of dread and desire,’ then tracing its manifestations through works by Poe, Cather and Hemingway, Morrison believes that to ignore the presence of race in literature is to rob fiction of its power… But the most telling test of any critical argument, at least for those of us who prefer passion to theory, is whether such speculation will send you back to primary sources. By the time I’d finished Playing in the Dark, the floor around me was littered with Huck Finn and James Baldwin and Faulkner.”—Gail Caldwell, The Boston Globe

“In three compact and skillful essays, Morrison explores and illumines the gaggle of literary devices—conceits, tropes, metaphors—that have been mostly unconsciously deployed by white writers to refract the rays of blackness through the prism of literary silence, repression or avoidance. Morrison ably applies her therapeutic textual intervention to make these rays visible and to imaginatively envision how an Africanist presence was essential in forming and extending an American national literature… [This is her] impressive debut as a critical intellectual.”—Michael Eric Dyson, The Chicago Tribune

“A brief and compelling dissection of U.S. fiction.”—Paul Skenazy, The San Francisco Chronicle

“[Her] thesis is an engaging one, and it becomes more so in a sequence of a few compressed but inspired readings of American works, Cather’s Sapphira and the Slave Girl, Poe’s Narrative of Arthur Gordon Pym, Hemingway’s To Have and Have Not, and Twain’s Huckleberry Finn.”—Mark Edmundson, The Washington Post Book World