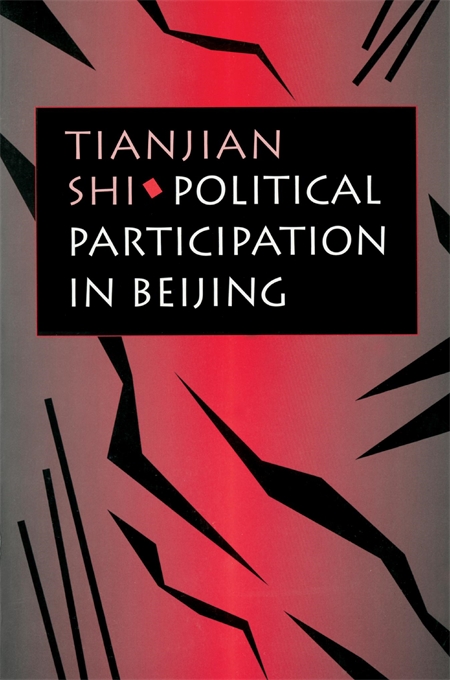 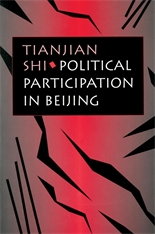 In this first scientific survey of political participation in the People’s Republic of China, Tianjian Shi identifies twenty-eight participatory acts and groups them into seven areas: voting, campaign activities, appeals, adversarial activities, cronyism, resistance, and boycotts. What he finds will surprise many observers. Political participation in a closed society is not necessarily characterized by passive citizens driven by regime mobilization aimed at carrying out predetermined goals. Beijing citizens acknowledge that they actively engage in various voluntary participatory acts to articulate their interests.

In a society where communication channels are controlled by the government, Shi discovers, access to information from unofficial means becomes the single most important determinant for people’s engaging in participatory acts. Government-sponsored channels of appeal are easily accessible to ordinary citizens, so socioeconomic resources are unimportant in determining who uses these channels. Instead, voter turnout is found to be associated with the type of work unit a person belongs to, subjective evaluations of one’s own economic status, and party affiliation. Those most likely to engage in campaign activities, adversarial activities, cronyism, resistance, and boycotts are the more disadvantaged groups in Beijing. While political participation in the West fosters a sense of identification, the unconventional modes of participation in Beijing undermine the existing political order.