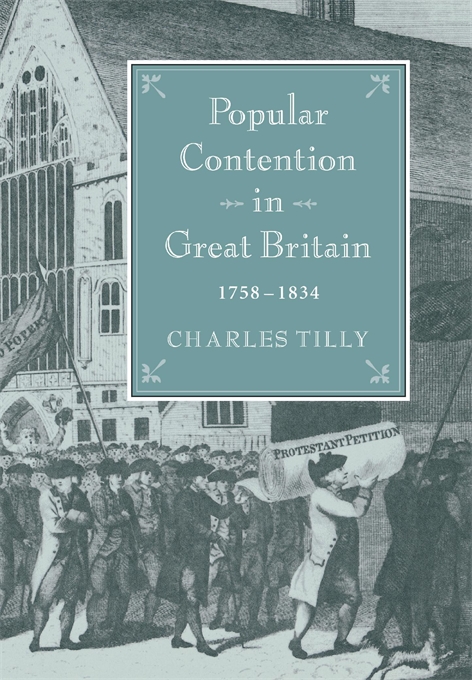 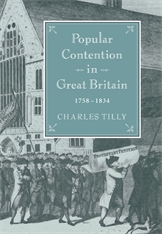 Between 1750 and 1840, ordinary British people abandoned such time-honored forms of protest as collective seizures of grain, the sacking of buildings, public humiliation, and physical abuse in favor of marches, petition drives, public meetings, and other sanctioned routines of social movement politics. The change created—perhaps for the first time anywhere—mass participation in national politics.

Charles Tilly is the first to address the depth and significance of the transmutations in popular collective action during this period. As he unravels the story of thousands of popular struggles and their consequences, he illuminates the dynamic relationships of an industrializing, capitalizing, proletarianizing economy; a war-making, growing, increasingly interventionist state; and an internal history of contention that spawned such political entrepreneurs as Francis Place and Henry Hunt. Tilly’s research rests on a catalog of more than 8,000 “contentious gatherings” described in British periodicals, plus ample documentation from British archives and historical monographs.

The author elucidates four distinct phases in the transformation to mass political participation and identifies the forms and occasions for collective action that characterized and dominated each. He provides rich descriptions not only of a wide variety of popular protests but also of such influential figures as John Wilkes, Lord George Gordon, William Cobbett, and Daniel O’Connell. This engaging study presents a vivid picture of the British populace during a pivotal era.