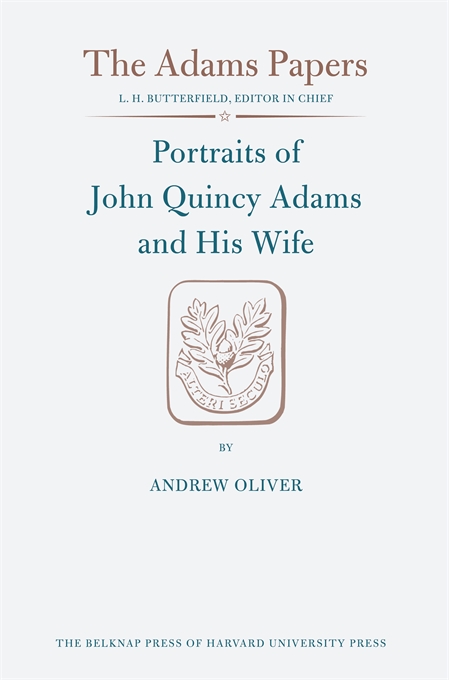 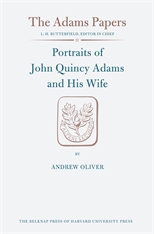 Portraits of John Quincy Adams and His Wife

The publication of Portraits of John Quincy Adams and His Wife makes available a record which both affords unique visual documentation of the most varied political career in American history and exemplifies the work of the principal American portraitists from the days of Copley and Stuart to the dawn of the Daguerrean era. Included in the volume’s 159 illustrations are all the known life portraits, busts, and silhouettes of John Quincy and Louisa Catherine Adams, along with important replicas, copies, engravings, and representative likenesses of their siblings.

The book is organized into seven chapters which generally coincide with the major divisions of John Quincy Adams’s political career. Within each chapter are discussed the artists, their relationships with the Adamses, and the provenance of each of their works. A comprehensive chronology of John Quincy Adams’s life for each period accompanies the chapter to which it pertains. All important information about the size of each likeness, the inscriptions if any, the date executed, and present ownership where known is summarized in the List of Illustrations.

The Adamses, as they watched themselves age over the years in the marble, ink, or oil of the artists who portrayed them, recorded much by way of commentary on the artistic talent and process at hand. Andrew Oliver, in his detailed and lively discussions of each likeness, makes full use of the diaries and correspondence preserved in the Adams Papers, thus combining a learned appreciation with an intimate glimpse of Adamses as they saw themselves.

This volume continues the record of Adams family portraiture begun with Portraits of John and Abigail Adams (1967). The two volumes together constitute Series IV of the distinguished Adams Papers publications.