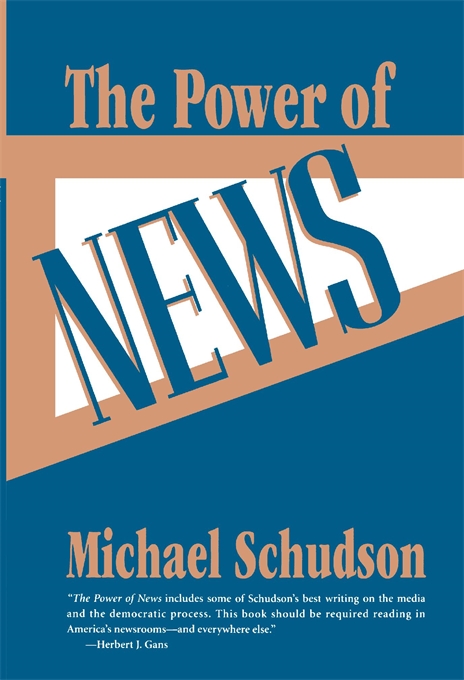 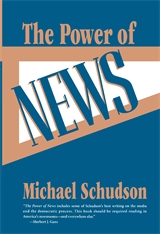 The Power of News

“Schudson is at his best when he is examining widely accepted truths, or myths as he calls them, as for instance that the press forced the resignation of Nixon, or that Reagan was a Great Communicator, or that it was television coverage of the Vietnam War that caused the American public to turn against it.”—Michael Davie, The Times Literary Supplement

“This is a carefully reasoned, well-researched study that will be valuable for readers wishing to understand contemporary media practices and their relationship to the current condition of democracy in America.”—James Guimond, American Studies in Europe

“[Schudson’s book] presents a fine collection of his essays and research articles… He captures the cultural climate of past ages by describing colorful people and incidents, by citing the wisdom of well known historical figures, and by sensitive philosophizing about what it all means.”—Doris A. Graber, Political Science Quarterly

“The Power of News includes some of Schudson’s best writing on the media and the democratic process. This book should be required reading in America’s newsrooms—and everywhere else.”—Herbert J. Gans