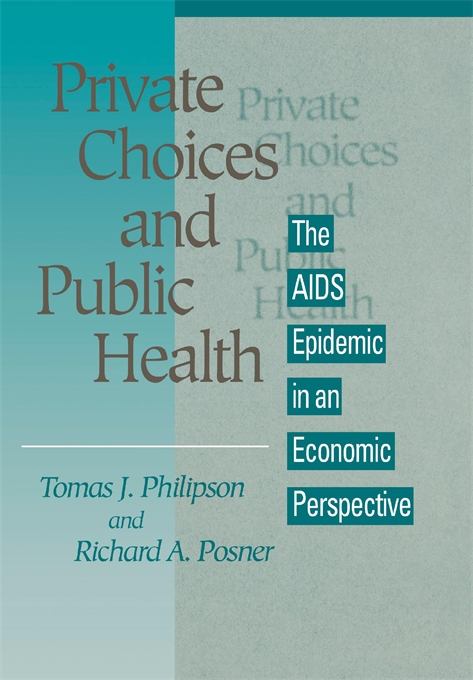 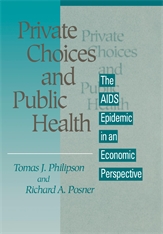 The AIDS Epidemic in an Economic Perspective

Like other dangerous but pleasurable activities, such as downhill skiing and mountain climbing, engaging in unprotected sex implicitly involves the weighing of costs and benefits. Recognizing that the transmission of the AIDS virus is a consequence of private choices—rational and often informed—to engage in risky conduct, the authors employ tools of economic analysis to reassess the orthodox approach to AIDS by the public health community.

Standard predictions of the spread of AIDS, the authors argue, are questionable because they ignore rational behavioral response to the risk of infection. For the same reason, customary recommended public health measures, such as extensive testing for the AIDS virus, not only may be ineffective in controlling the spread of the disease but may actually cause it to spread more rapidly. The authors examine regulatory measures and proposals such as mandatory testing, criminal punishments, and immigration controls, as well as the subsidization of AIDS education and medical research, the social and fiscal costs of AIDS, the political economy of the government’s response, and the interrelation of AIDS and fertility risk.

Neither liberal nor conservative, yet on the whole skeptical about governmental involvement in the epidemic, this book is certain to be controversial, but its injection of hard-headed economic thinking into the AIDS debate is long overdue. Although Private Choices and Public Health is accessible to the interested general reader, it will also capture the attention of economists—especially those involved in health issues—epidemiologists, public health workers, lawyers, and specialists in sexual behavior and drug addiction.