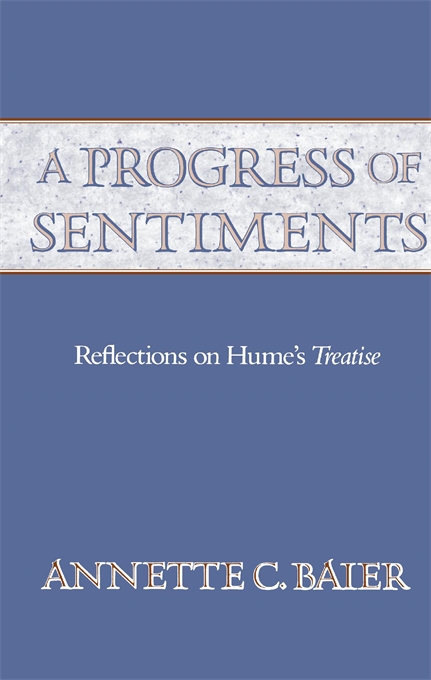 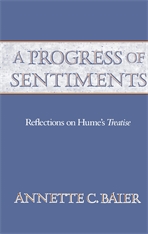 A Progress of Sentiments

Annette Baier’s aim is to make sense of David Hume’s Treatise as a whole. Hume’s family motto, which appears on his bookplate, was “True to the End.” Baier argues that it is not until the end of the Treatise that we get his full story about “truth and falsehood, reason and folly.” By the end, we can see the cause to which Hume has been true throughout the work.

Baier finds Hume’s Treatise on Human Nature to be a carefully crafted literary and philosophical work which itself displays a philosophical progress of sentiments. His starting place is an overly abstract intellectualism that deliberately thrusts passions and social concerns into the background. In the three interrelated books of the Treatise, his “self-understander” proceeds through partial successes and dramatic failures to emerge with new-found optimism, expecting that the “exact knowledge” the morally self-conscious anatomist of human nature can acquire will itself improve and correct our vision of morality. Baier describes how, by turning philosophy toward human nature instead of toward God and the universe, Hume initiated a new philosophy, a broader discipline of reflection that can embrace Charles Darwin and Michel Foucault as well as William James and Sigmund Freud. Hume belongs both to our present and to our past.