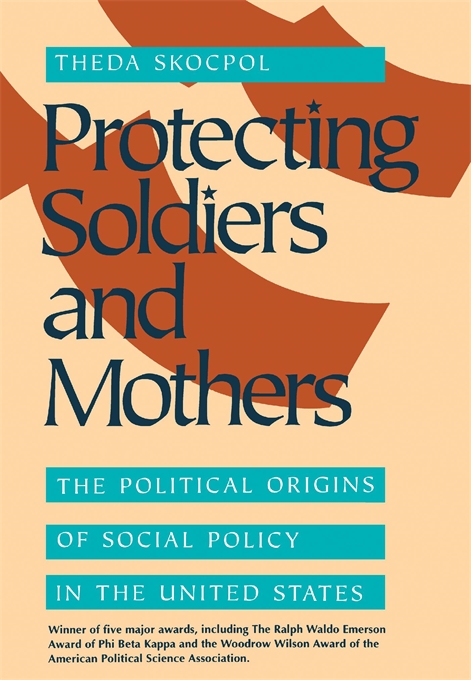 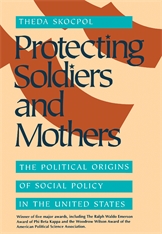 The Political Origins of Social Policy in the United States

It is a commonplace that the United States lagged behind the countries of Western Europe in developing modern social policies. But, as Theda Skocpol shows in this startlingly new historical analysis, the United States actually pioneered generous social spending for many of its elderly, disabled, and dependent citizens. During the late nineteenth century, competitive party politics in American democracy led to the rapid expansion of benefits for Union Civil War veterans and their families.

Some Americans hoped to expand veterans’ benefits into pensions for all of the needy elderly and social insurance for workingmen and their families. But such hopes went against the logic of political reform in the Progressive Era. Generous social spending faded along with the Civil War generation.

Instead, the nation nearly became a unique maternalist welfare state as the federal government and more than forty states enacted social spending, labor regulations, and health education programs to assist American mothers and children. Remarkably, as Skocpol shows, many of these policies were enacted even before American women were granted the right to vote. Banned from electoral politics, they turned their energies to creating huge, nation-spanning federations of local women’s clubs, which collaborated with reform-minded professional women to spur legislative action across the country.

Blending original historical research with political analysis, Skocpol shows how governmental institutions, electoral rules, political parties, and earlier public policies combined to determine both the opportunities and the limits within which social policies were devised and changed by reformers and politically active social groups over the course of the late nineteenth and early twentieth centuries.

By examining afresh the institutional, cultural, and organizational forces that have shaped U.S. social policies in the past, Protecting Soldiers and Mothers challenges us to think in new ways about what might be possible in the American future.