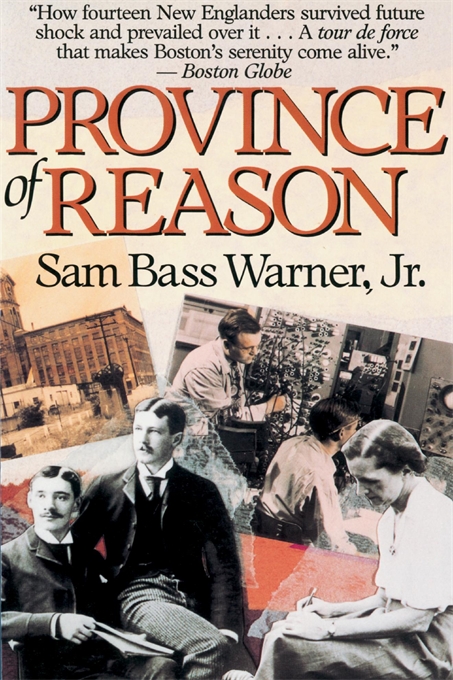 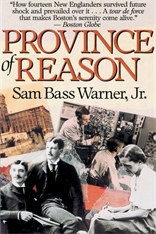 “Readers of Warner’s Streetcar Suburbs are aware of his gift for recreating the texture of time and place in Boston. In this serendipitous view of Boston, we visit Mary Antin’s Jewish ghetto in the South End and the electrical tinkering shops in the financial district that attracted the interest of two young MIT graduates, Charles A. Stone and Edwin S. Webster, and the quiet backyards of Duxbury where the death of several robins aroused the curiosity of Rachel Carson… Warner has produced a tour de force that makes Boston’s serenity come alive as an honored relic of the past and a valuable resource for the future.”—The Boston Globe

“Warner’s study is fascinating, his model is stimulating, and his individual biographical sketches are absolutely delightful… An original and highly interpretive work that will long remain a classic study of the mind of Boston in a changing world.”—New England Quarterly

“Province of Reason is…a series of Plutarchian biographical essays exemplifying and commenting on a range of moral responses to the central issues of contemporary culture… Readable and stimulating.”—Journal of American History

“An extraordinarily wise, sensitive, and humane work… I know of no more compelling history of the United States in the twentieth century.”—Robert H. Wiebe