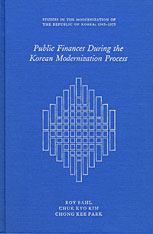 This final volume in the series Studies in the Modernization of the Republic of Korea, 1945–1975, is an analysis of the contribution of tax and expenditure policy to Korea’s rapid economic development during the 1953–1975 period. Based upon specially compiled and comprehensive revenue and expenditure data, the authors first trace the history of Korean fiscal policy during the modernization period and then examine how Korea’s fiscal development has differed from that of other countries. The results of the analysis show that Korea did not follow the traditional path of a steadily increasing tax effort, reliance on direct taxes, and emphasis on income distribution. Instead, through improved tax administration and expenditure control, the savings rate was increased dramatically.