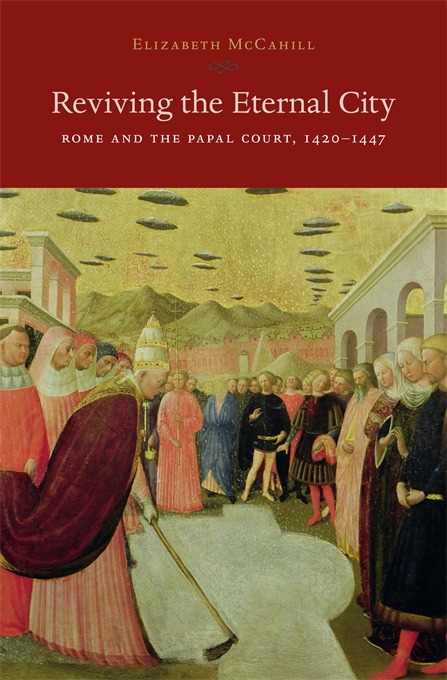 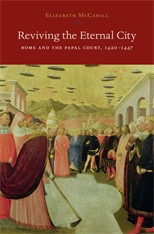 In 1420, after more than one hundred years of the Avignon Exile and the Western Schism, the papal court returned to Rome, which had become depopulated, dangerous, and impoverished in the papacy’s absence. Reviving the Eternal City examines the culture of Rome and the papal court during the first half of the fifteenth century, a crucial transitional period before the city’s rebirth. As Elizabeth McCahill explains, during these decades Rome and the Curia were caught between conflicting realities—between the Middle Ages and the Renaissance, between conciliarism and papalism, between an image of Rome as a restored republic and a dream of the city as a papal capital.

Through the testimony of humanists’ rhetorical texts and surviving archival materials, McCahill reconstructs the niche that scholars carved for themselves as they penned vivid descriptions of Rome and offered remedies for contemporary social, economic, religious, and political problems. In addition to analyzing the humanists’ intellectual and professional program, McCahill investigates the different agendas that popes Martin V (1417–1431) and Eugenius IV (1431–1447) and their cardinals had for the post-Schism pontificate. Reviving the Eternal City illuminates an urban environment in transition and explores the ways in which curialists collaborated and competed to develop Rome’s ancient legacy into a potent cultural myth.