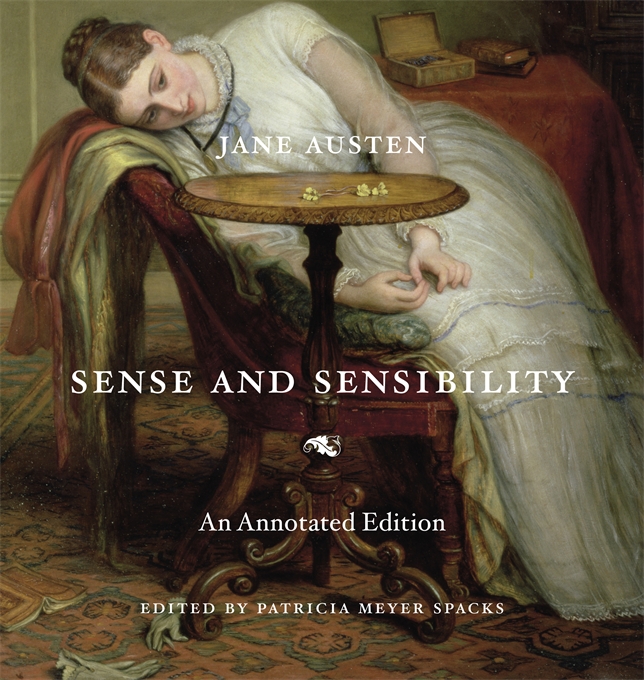 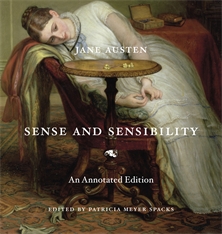 “If you haven’t yet seen the Harvard University Press’s annotated Jane Austen series, prepare yourself for a major treat. This year Sense and Sensibility joins the other novels—Pride and Prejudice, Persuasion, Emma, and [forthcoming in spring 2014] Northanger Abbey… The books are gorgeous. Notes and commentary in the broad margins enlighten and enrich the text and offer historic context without interfering with the narrative flow. Illustrations are plentiful and include everything from an old engraving of the Theatre Royal in London’s Drury Lane to a still from the Hugh Grant–Emma Thompson film version of the novel. Jane Austen lovers worldwide will cherish these books.”—The Christian Science Monitor

“This series of annotated, illustrated classics from Harvard Press has become a lovely annual tradition. Over the years, the press has published annotated editions of The Wind in the Willows [and] The Picture of Dorian Gray (both annotated and uncensored!), and many others. Each one has been carefully and beautifully edited. The editors know what we like, though, and they have done more Jane Austen than they have anyone else; Sense and Sensibility: An Annotated Edition is the press’ fifth Austen book and is a worthy addition. It’s gorgeous to look at, with moire endpapers, illustrations from various editions of the book (as well as photographs of objects of the time, and paintings of contemporary well-known people), and, of course, the intelligent and abundant annotations, by scholar Patricia Meyer Spacks.”—Laurie Hertzel, The Minneapolis Star-Tribune

“This annotated edition of Sense and Sensibility is a beautiful book, printed on acid-free, cream vellum paper with generous margins and woven bindings. It is an intelligent and enlightening literary companion, and an essential addition to any serious collection of Jane Austen’s works.”—Anna Creer, Sydney Morning Herald

“[Spacks] is particularly astute at contextualizing 19th century thought and ideas for a contemporary audience… For people returning to the novel, Spacks’ notes are quite illuminating, mostly serious, but occasionally fun… Spacks’ introduction and annotations indicate a person who has spent a considerable amount of time with the Dashwoods and their assorted friends and foes. This handsome edition is all the richer for it.”—Subashini Navaratnam, PopMatters

“The illustrations, literary commentary and definitions should be useful and interesting to any student of Jane Austen’s novels.”—Kathleen Elder, Austenprose.com

“With wit and wonderful attention to subtleties, and to often moving effect, Spacks guides the reader to a wider appreciation of this early Austen novel.”—Deidre Lynch, University of Toronto