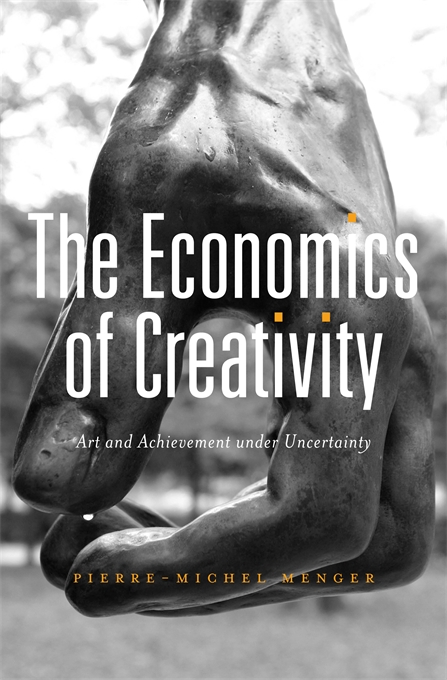 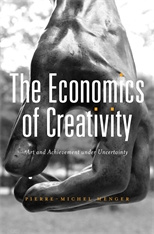 The Economics of Creativity

Art and Achievement under Uncertainty

Creative work has been celebrated as the highest form of achievement since at least Aristotle. But our understanding of the dynamics and market for creative work—artistic work in particular—often relies on unexamined clichés about individual genius, industrial engineering of talent, and the fickleness of fashion. Pierre-Michel Menger approaches the subject with new rigor, drawing on sociology, economics, and philosophy to build on the central insight that, unlike the work most of us do most of the time, creative work is governed by uncertainty. Without uncertainty, neither self-realization nor creative innovation is possible. And without techniques for managing uncertainty, neither careers nor profitable ventures would surface.

In the absence of clear paths to success, an oversupply of artists and artworks generates boundless differentiation and competition. How can artists, customers, entrepreneurs, and critics judge merit? Menger disputes the notion that artistic success depends solely on good connections or influential managers and patrons. Talent matters. But the disparity between superstardom and obscurity may hinge initially on minor gaps in intrinsic ability. The benefits of early promise in competition and the tendency of elite professionals to team up with one another amplify and disproportionately reward even small differences.

Menger applies his temporal and causal analysis of behavior under uncertainty to the careers and oeuvres of Beethoven and Rodin. The result is a thought-provoking book that brings clarity to our understanding of a world widely seen as either irrational or so free of standards that only power and manipulation count.