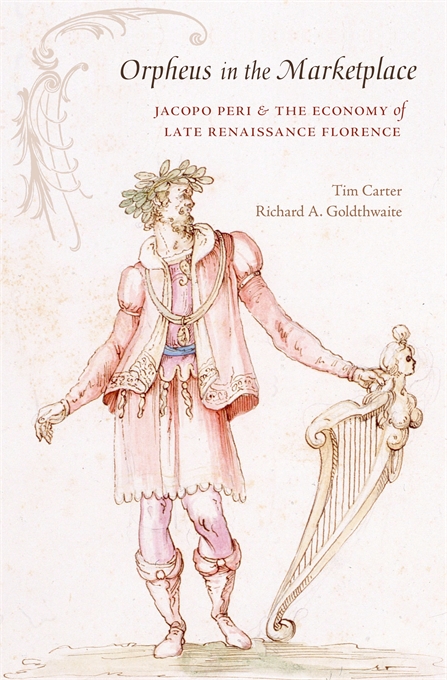 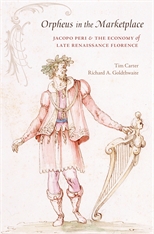 Orpheus in the Marketplace

Jacopo Peri and the Economy of Late Renaissance Florence

The Florentine musician Jacopo Peri (1561–1633) is known as the composer of the first operas—they include the earliest to survive complete, Euridice (1600), in which Peri sang the role of Orpheus. A large collection of recently discovered account books belonging to him and his family allows for a greater exploration of Peri’s professional and personal life. Richard Goldthwaite, an economic historian, and Tim Carter, a musicologist, have done much more, however, than write a biography: their investigation exposes the remarkable value of such financial documents as a primary source for an entire period.

This record of Peri’s wide-ranging investments and activities in the marketplace enables the first detailed account of the Florentine economy in the late sixteenth and early seventeenth centuries, and also opens a completely new perspective on one of Europe’s principal centers of capitalism. His economic circumstances reflect continuities and transformations in Florentine society, and the strategies for negotiating them, under the Medici grand dukes. At the same time they allow a reevaluation of Peri the singer and composer that elucidates the cultural life of a major artistic center even in changing times, providing a quite different view of what it meant to be a musician in late Renaissance Italy.