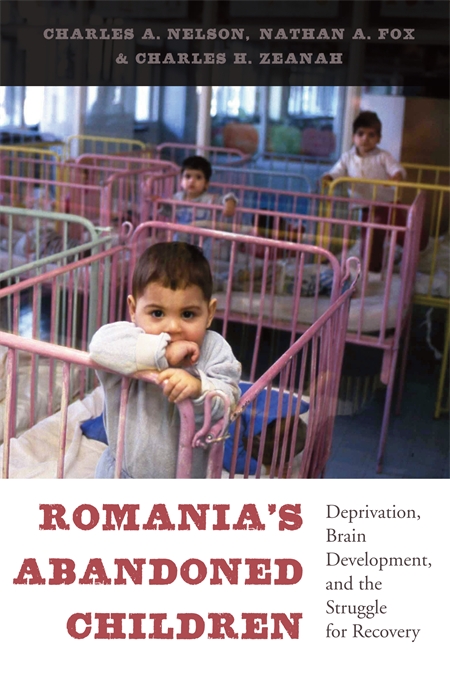 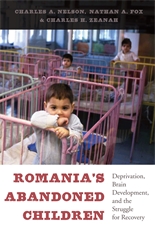 Deprivation, Brain Development, and the Struggle for Recovery

Via the Washington Post, watch the story of Izidor Ruckel, adopted from a Romanian orphanage and profiled as a child on American television, who now works to change the system to which he was victim—and learn from Dr. Charles Nelson about the long-term effects of the neurological deprivations suffered by similar children:

The implications of early experience for children’s brain development, behavior, and psychological functioning have long absorbed caregivers, researchers, and clinicians. The 1989 fall of Romania’s Ceausescu regime left approximately 170,000 children in 700 overcrowded, impoverished institutions across Romania, and prompted the most comprehensive study to date on the effects of institutionalization on children’s wellbeing. Romania’s Abandoned Children, the authoritative account of this landmark study, documents the devastating toll paid by children who are deprived of responsive care, social interaction, stimulation, and psychological comfort.

Launched in 2000, the Bucharest Early Intervention Project (BEIP) was a rigorously controlled investigation of foster care as an alternative to institutionalization. Researchers included 136 abandoned infants and toddlers in the study and randomly assigned half of them to foster care created specifically for the project. The other half stayed in Romanian institutions, where conditions remained substandard. Over a twelve-year span, both groups were assessed for physical growth, cognitive functioning, brain development, and social behavior. Data from a third group of children raised by their birth families were collected for comparison.

The study found that the institutionalized children were severely impaired in IQ and manifested a variety of social and emotional disorders, as well as changes in brain development. However, the earlier an institutionalized child was placed into foster care, the better the recovery. Combining scientific, historical, and personal narratives in a gripping, often heartbreaking, account, Romania’s Abandoned Children highlights the urgency of efforts to help the millions of parentless children living in institutions throughout the world.