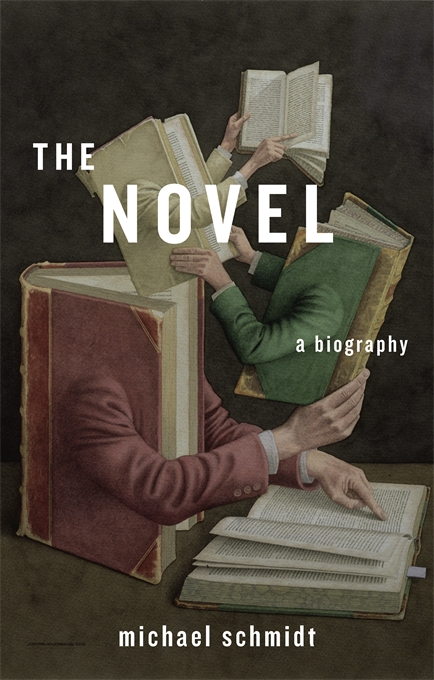 The 700-year history of the novel in English defies straightforward telling. Geographically and culturally boundless, with contributions from Great Britain, Ireland, America, Canada, Australia, India, the Caribbean, and Southern Africa; influenced by great novelists working in other languages; and encompassing a range of genres, the story of the novel in English unfolds like a richly varied landscape that invites exploration rather than a linear journey. In The Novel: A Biography, Michael Schmidt does full justice to its complexity.

Like his hero Ford Madox Ford in The March of Literature, Schmidt chooses as his traveling companions not critics or theorists but “artist practitioners,” men and women who feel “hot love” for the books they admire, and fulminate against those they dislike. It is their insights Schmidt cares about. Quoting from the letters, diaries, reviews, and essays of novelists and drawing on their biographies, Schmidt invites us into the creative dialogues between authors and between books, and suggests how these dialogues have shaped the development of the novel in English.

Schmidt believes there is something fundamentally subversive about art: he portrays the novel as a liberalizing force and a revolutionary stimulus. But whatever purpose the novel serves in a given era, a work endures not because of its subject, themes, political stance, or social aims but because of its language, its sheer invention, and its resistance to cliché—some irreducible quality that keeps readers coming back to its pages.