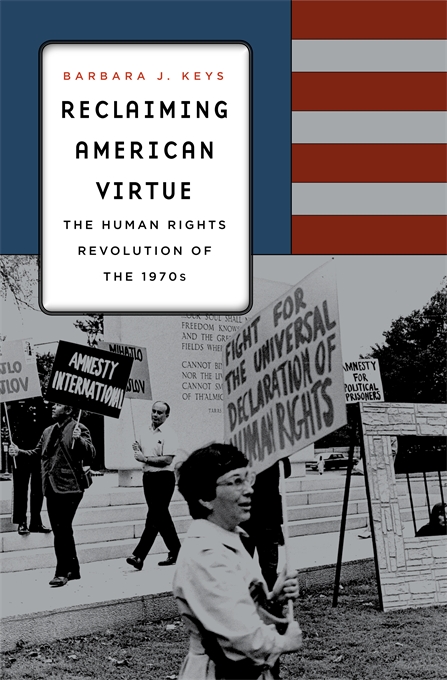 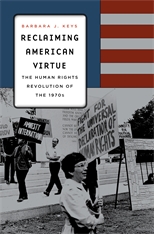 The Human Rights Revolution of the 1970s

The American commitment to international human rights emerged in the 1970s not as a logical outgrowth of American idealism but as a surprising response to national trauma, as Barbara Keys shows in this provocative history. Reclaiming American Virtue situates this novel enthusiasm as a reaction to the profound challenge of the Vietnam War and its tumultuous aftermath. Instead of looking inward for renewal, Americans on the right and the left alike looked outward for ways to restore America’s moral leadership.

Conservatives took up the language of Soviet dissidents to resuscitate a Cold War narrative that pitted a virtuous United States against the evils of communism. Liberals sought moral cleansing by dissociating the United States from foreign malefactors, spotlighting abuses such as torture in Chile, South Korea, and other right-wing allies. When Jimmy Carter in 1977 made human rights a central tenet of American foreign policy, his administration struggled to reconcile these conflicting visions.

Yet liberals and conservatives both saw human rights as a way of moving from guilt to pride. Less a critique of American power than a rehabilitation of it, human rights functioned for Americans as a sleight of hand that occluded from view much of America’s recent past and confined the lessons of Vietnam to narrow parameters. It would be a small step from world’s judge to world’s policeman, and American intervention in the name of human rights would be a cause both liberals and conservatives could embrace.