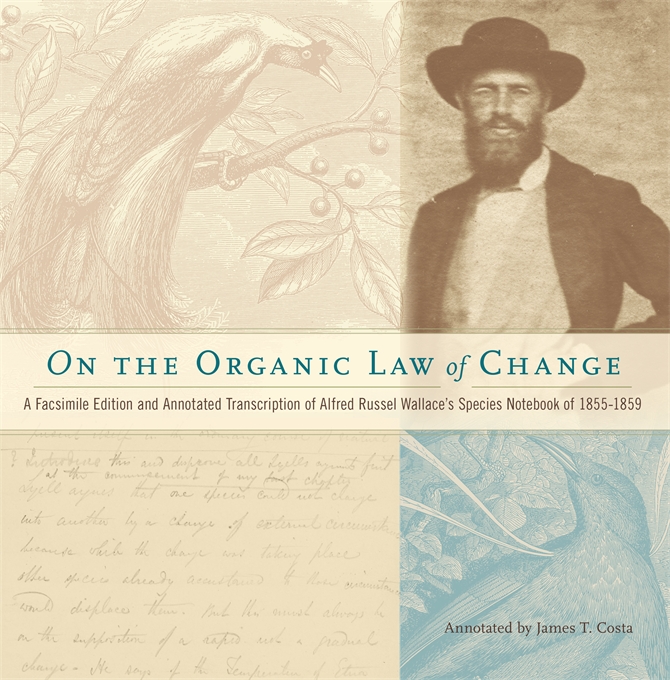 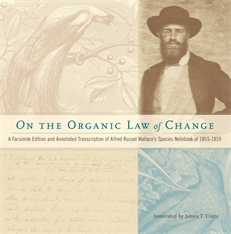 A giant of the discipline of biogeography and co-discoverer of natural selection, Alfred Russel Wallace was the most famous naturalist in the world when he died in 1913. To mark the centennial of Wallace’s death, James Costa offers an elegant edition of the “Species Notebook” of 1855–1859, which Wallace kept during his legendary expedition in peninsular Malaysia, Indonesia, and western New Guinea. Presented in facsimile with text transcription and annotations, this never-before-published document provides a new window into the travels, personal trials, and scientific genius of the co-discoverer of natural selection.

In one section, headed “Note for Organic Law of Change”—an extended critique of geologist Charles Lyell’s anti-evolutionary arguments—Wallace sketches a book he would never write, owing to the unexpected events of 1858. In that year he sent to Charles Darwin an essay announcing his discovery of the mechanism for species change: natural selection. Darwin’s friends Lyell and the botanist Joseph Hooker proposed a “delicate arrangement”: a joint reading at the Linnean Society of his essay with Darwin’s earlier private writings on the subject. Darwin would publish On the Origin of Species in 1859, to much acclaim; pre-empted, Wallace’s first book on evolution waited two decades, but by then he had abandoned his original concept.

On the Organic Law of Change realizes in spirit the project Wallace left unfinished, and asserts his stature as not only a founder of biogeography and the preeminent tropical biologist of his day but as Darwin’s equal among the pioneers of evolution.