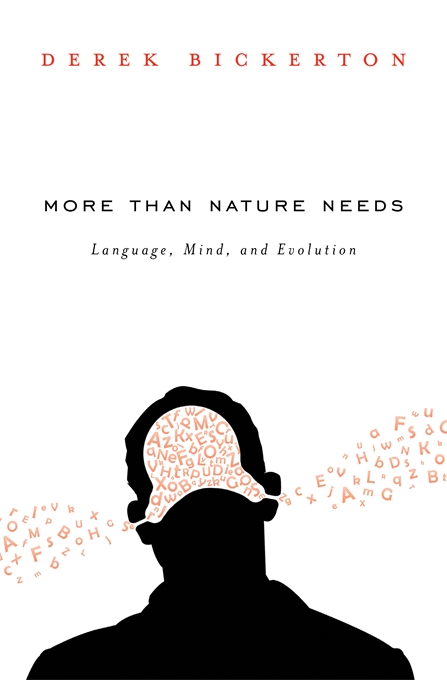 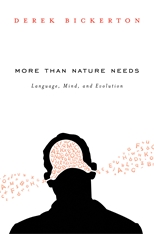 The human mind is an unlikely evolutionary adaptation. How did humans acquire cognitive capacities far more powerful than anything a hunting-and-gathering primate needed to survive? Alfred Russel Wallace, co-founder with Darwin of evolutionary theory, saw humans as “divine exceptions” to natural selection. Darwin thought use of language might have shaped our sophisticated brains, but his hypothesis remained an intriguing guess—until now. Combining state-of-the-art research with forty years of writing and thinking about language evolution, Derek Bickerton convincingly resolves a crucial problem that both biology and the cognitive sciences have hitherto ignored or evaded.

What evolved first was neither language nor intelligence—merely normal animal communication plus displacement. That was enough to break restrictions on both thought and communication that bound all other animals. The brain self-organized to store and automatically process its new input, words. But words, which are inextricably linked to the concepts they represent, had to be accessible to consciousness. The inevitable consequence was a cognitive engine able to voluntarily merge both thoughts and words into meaningful combinations. Only in a third phase could language emerge, as humans began to tinker with a medium that, when used for communication, was adequate for speakers but suboptimal for hearers.

Starting from humankind’s remotest past, More than Nature Needs transcends nativist thesis and empiricist antithesis by presenting a revolutionary synthesis—one that instead of merely repeating “nature and nurture” clichés shows specifically and in a principled manner how and why the synthesis came about.