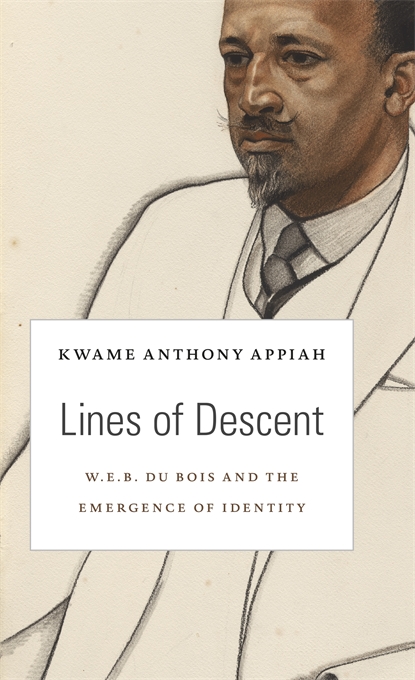 W. E. B. Du Bois and the Emergence of Identity

W. E. B. Du Bois never felt so at home as when he was a student at the University of Berlin. But Du Bois was also American to his core, scarred but not crippled by the racial humiliations of his homeland. In Lines of Descent, Kwame Anthony Appiah traces the twin lineages of Du Bois’ American experience and German apprenticeship, showing how they shaped the great African-American scholar’s ideas of race and social identity.

At Harvard, Du Bois studied with such luminaries as William James and George Santayana, scholars whose contributions were largely intellectual. But arriving in Berlin in 1892, Du Bois came under the tutelage of academics who were also public men. The economist Adolf Wagner had been an advisor to Otto von Bismarck. Heinrich von Treitschke, the historian, served in the Reichstag, and the economist Gustav von Schmoller was a member of the Prussian state council. These scholars united the rigorous study of history with political activism and represented a model of real-world engagement that would strongly influence Du Bois in the years to come.

With its romantic notions of human brotherhood and self-realization, German culture held a potent allure for Du Bois. Germany, he said, was the first place white people had treated him as an equal. But the prevalence of anti-Semitism allowed Du Bois no illusions that the Kaiserreich was free of racism. His challenge, says Appiah, was to take the best of German intellectual life without its parochialism—to steal the fire without getting burned.