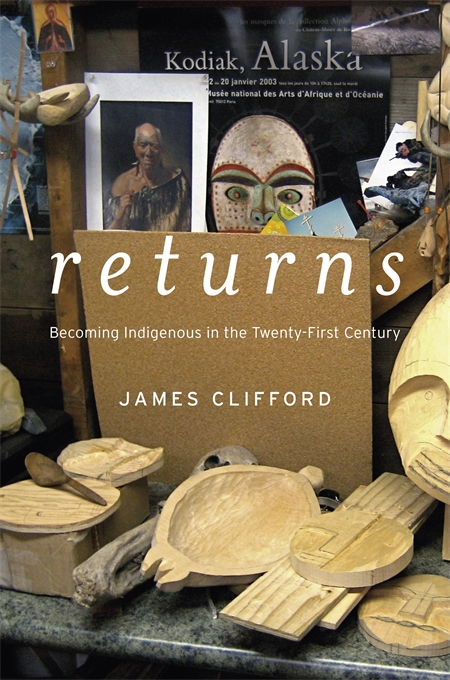 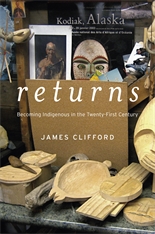 Becoming Indigenous in the Twenty-First Century

Returns explores homecomings—the ways people recover and renew their roots. Engaging with indigenous histories of survival and transformation, James Clifford opens fundamental questions about where we are going, separately and together, in a globalizing, but not homogenizing, world.

It was once widely assumed that native, or tribal, societies were destined to disappear. Sooner or later, irresistible economic and political forces would complete the work of destruction set in motion by culture contact and colonialism. But many aboriginal groups persist, a reality that complicates familiar narratives of modernization and progress. History, Clifford invites us to observe, is a multidirectional process, and the word “indigenous,” long associated with primitivism and localism, is taking on new, unexpected meanings.

In these probing and evocative essays, native people in California, Alaska, and Oceania are understood to be participants in a still-unfolding process of transformation. This involves ambivalent struggle, acting within and against dominant forms of cultural identity and economic power. Returns to ancestral land, performances of heritage, and maintenance of diasporic ties are strategies for moving forward, ways to articulate what can paradoxically be called “traditional futures.” With inventiveness and pragmatism, often against the odds, indigenous people today are forging original pathways in a tangled, open-ended modernity. The third in a series that includes The Predicament of Culture (1988) and Routes (1997), this volume continues Clifford’s signature exploration of late-twentieth-century intercultural representations, travels, and now returns.