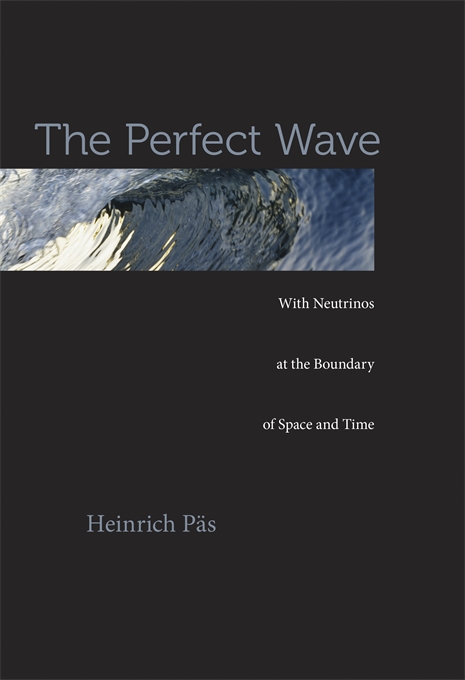 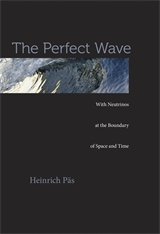 With Neutrinos at the Boundary of Space and Time

“Some science books are good because they tell you a lot about science. Some are good because they present their examples and argument in very well written prose. A few do both. The Perfect Wave is one of the few… I can highly recommend The Perfect Wave as a pleasant and provocative way to gain insight into the way physicists think, and into the way the universe (probably) works.”—John Gribbin, The Wall Street Journal

“Päs for his part, places neutrinos within the broader context of contemporary high theory and delves deeper into the science. Physics buffs will relish his explanations, and not just of established ideas such a the seesaw mechanism. Neutrinos, Päs explains, may offer a way to probe the extra dimensions of space postulated by some ‘theories of everything.’ The puny particles’ weirdness, it seems, knows no end.”—The Economist

“The ghostly neutrino—a mutable, almost massless particle that can pass through dense substances—stars in this scientific history. Theoretical physicist Heinrich Päs surfs the decades of dazzling research since Wolfgang Pauli first posited the particle in 1930. Päs revisits key theorists such as Ettore Majorana, and lays out the work of groundbreaking labs from Los Alamos in New Mexico, where Fred Reines and Clyde Cowan first detected neutrinos in the early 1950s, to today’s vast IceCube neutrino observatory in Antarctica.”—Nature

“Written by one of the world’s leading experts in the field…Heinrich Päs’ book guides the reader through some difficult territory, covering the historical and philosophical developments that led to our understanding of the neutrino today. It is a peculiar route that navigates via such topics as the ancient Greek and magic mushrooms. Plus of course the obligatory cat that is simultaneously alive and dead… Though this book is written in simple language, don’t expect an easy read. There are some highly challenging ideas to get your head around—but it is worth making the effort.”—Paul Sutherland, BBC Sky at Night

“Takes readers for a wild ride in pursuit of the neutrino—part ghost, part outlaw, part Holy Grail to theoretical physicists… From vast laboratories deep underground to the cutting edge Ice Cube Neutrino Observatory nearing completion in frigid Antarctica, Päs reveals the ‘world of madmen, dreamers, and visionaries’ who pursue the neutrino and its place in theoretical physics.”—Publishers Weekly

“Entertaining and evocative, Päs has written a breezy, readable account of particle physics, especially neutrino physics, in a lucid, lively narrative.”—Sandip Pakvasa, Professor of Physics and Astronomy, University of Hawai‘i at Mānoa