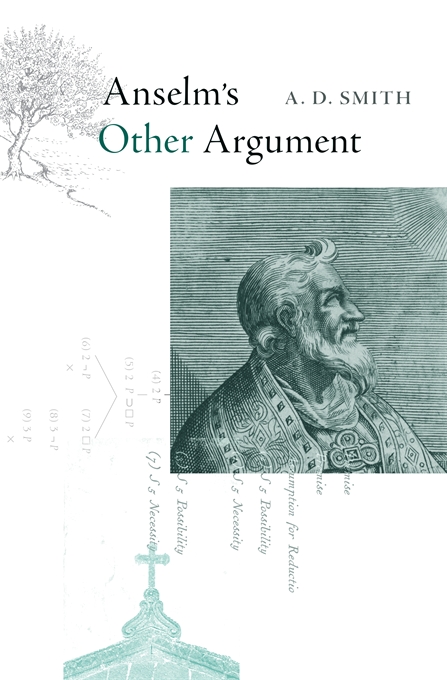 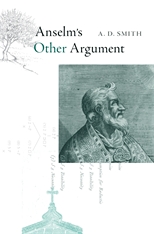 Anselm of Canterbury (1033-1109 CE), in his work Proslogion, originated the “ontological argument” for God’s existence, famously arguing that “something than which nothing greater can be conceived,” which he identifies with God, must actually exist, for otherwise something greater could indeed be conceived. Some commentators have claimed that although Anselm may not have been conscious of the fact, the Proslogion as well as his Reply to Gaunilo contains passages that constitute a second independent proof: a “modal ontological argument” that concerns the supposed logical necessity of God’s existence. Other commentators disagree, countering that the alleged second argument does not stand on its own but presupposes the conclusion of the first.

Anselm’s Other Argument stakes an original claim in this debate, and takes it further. There is a second a priori argument in Anselm (specifically in the Reply), A. D. Smith contends, but it is not the modal argument past scholars have identified. This second argument surfaces in a number of forms, though always turning on certain deep, interrelated metaphysical issues. It is this form of argument that in fact underlies several of the passages which have been misconstrued as statements of the modal argument. In a book that combines historical research with rigorous philosophical analysis, Smith discusses this argument in detail, finally defending a modification of it that is implicit in Anselm. This “other argument” bears a striking resemblance to one that Duns Scotus would later employ.