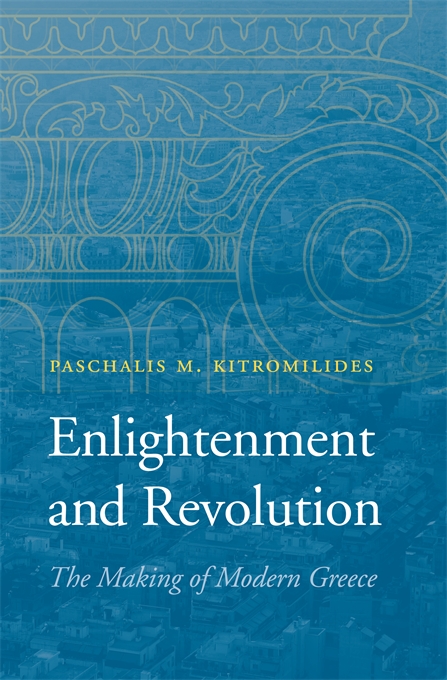 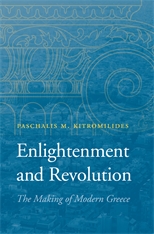 The Making of Modern Greece

Greece sits at the center of a geopolitical storm that threatens the stability of the European Union. To comprehend how this small country precipitated such an outsized crisis, it is necessary to understand how Greece developed into a nation in the first place, Paschalis Kitromilides contends. Enlightenment and Revolution identifies the intellectual trends and ideological traditions that shaped a religiously defined community of Greek-speaking people into a modern nation-state—albeit one in which antiliberal forces have exacted a high price.

Kitromilides takes in the vast sweep of the Greek Enlightenment in the eighteenth and nineteenth centuries, assessing key developments such as the translation of Voltaire, Locke, and other modern authors into Greek; the conflicts sparked by the Newtonian scientific revolution; the rediscovery of the civilization of classical Greece; and the emergence of a powerful countermovement. He highlights Greek thinkers such as Voulgaris and Korais, showing how these figures influenced and converged with currents of the Enlightenment in the rest of Europe.

In reconstructing this history, Kitromilides demonstrates how the confrontation between Enlightenment ideas and Church-sanctioned ideologies shaped the culture of present-day Greece. When the Greek nation-state emerged from a decade-long revolutionary struggle against the Ottoman Empire in the early nineteenth century, the Enlightenment dream of a free Greek polity was soon overshadowed by a romanticized nationalist and authoritarian vision. The failure to create a modern liberal state at that decisive historic moment, Kitromilides insists, is at the root of Greece’s recent troubles.