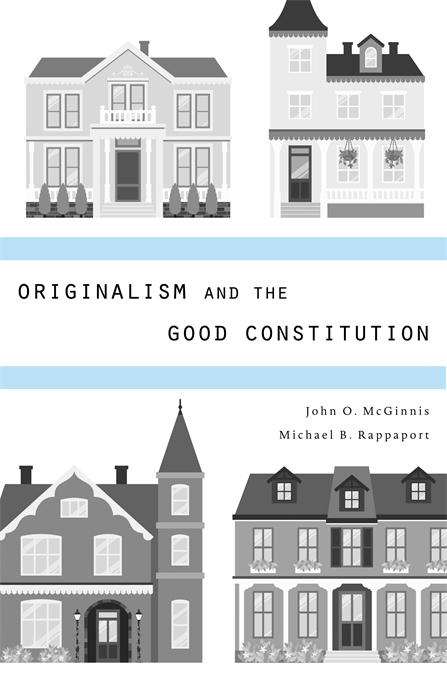 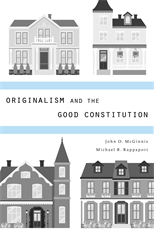 Originalism and the Good Constitution

Originalism holds that the U.S. Constitution should be interpreted according to its meaning at the time it was enacted. In their innovative defense of originalism, John McGinnis and Michael Rappaport maintain that the text of the Constitution should be adhered to by the Supreme Court because it was enacted by supermajorities—both its original enactment under Article VII and subsequent Amendments under Article V. A text approved by supermajorities has special value in a democracy because it has unusually wide support and thus tends to maximize the welfare of the greatest number.

The authors recognize and respond to many possible objections. Does originalism perpetuate the dead hand of the past? How can following the original meaning be justified, given that African Americans and women were excluded from the enactment of the Constitution in 1787 and many of its subsequent Amendments? What is originalism’s place in interpretation of the Constitution, when after two hundred years there is so much non-originalist precedent?

A fascinating counterfactual they pose is this: had the Supreme Court not interpreted the Constitution so freely, perhaps the nation would have resorted to the Article V amendment process more often and with greater effect. Their book will be an important contribution to the literature on originalism, which is now the most prominent theory of constitutional interpretation.