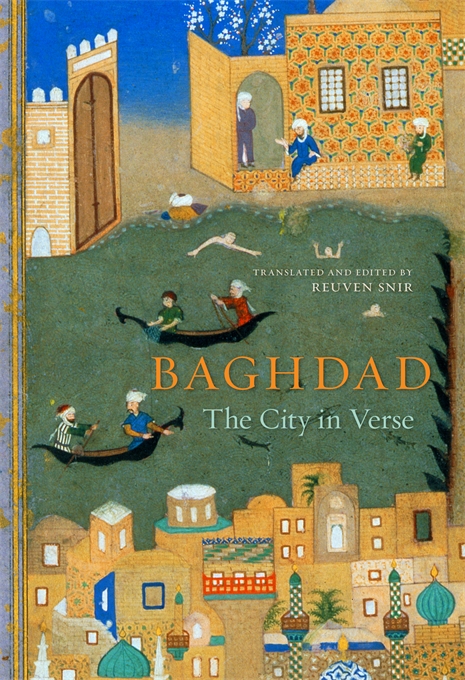 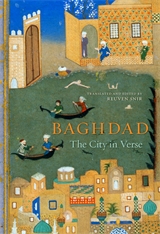 The City in Verse

Edited and translated by Reuven Snir

“Impressive… Reuven Snir offers us a chance to see beyond the bloodletting of the past century… In the voices of poets captured in Reuven Snir’s impressive new translations…there is a faith that just as the city rose from the ashes of Hulagu’s disastrous invasion in 1258, just as it recovered from the towers of skulls left by Temur’s troops, so it will recover from its more recent calamities.”—Nadia Atia, The Times Literary Supplement

“The poems in Baghdad: The City in Verse, an ambitious and enlightening anthology of poetry written in and about that city, date from the first decades after its founding in the 8th century, up to the war that drove Saddam Hussein from power. They capture the vast sweep of the city’s history, its enchantments and its seemingly ever-present tragedy.”—Hector Tobar, The Los Angeles Times

“Snir…provides a substantial introduction that weaves the poets’ voices into his own buoyant narration of Baghdad through time… By letting in outcast voices…Snir helps puncture a variety of present-day assumptions about Baghdad and the broader Muslim region… Baghdad: The City in Verse…provid[es] a deeply affecting compilation to illuminate, for English readers, the Iraqi capital’s rich and enduring legacy. Many Americans whose limited view of the city was largely informed by the U.S.-led invasion have now lost interest in the plight of Iraq. Snir brings to life the city of his love—an ‘aria of bracelets and jewels, / …treasure of lights and perfumes.’ In doing so, he offers a corrective to warped perceptions of Baghdad and a reasoned hope for a better future inspired by its resplendent past.”—Joseph Braude, Bookforum

“The most complete record of the glory and tragedy of Baghdad lies in poetry… Readers in English have access for the first time to the breadth of the poetry of the city, from the eighth century to the present day… While its poets depict Baghdad as a city in the familiar, concrete sense—bustling, cosmopolitan, callous, dirty—it also appears as a capital conscious of its place in the broad tapestry of history and myth.”—Kanishk Tharoor, The National

“Has any city been so cursed by history and so blessed in its poets as Baghdad? Reuven Snir, a scholar with family roots in Baghdad’s Jewish community, has edited and translated Baghdad: The City in Verse, an anthology of poems from the eighth century to the present… There are poems of debauchery (‘Baghdad is not an abode for hermits,’ an early poet warns his readers), nostalgia, and lament. The mournful note is especially strong in the later poems. But it is already there in Ishaq al-Khuraymi’s ‘Elegy for Baghdad,’ a lament written in the aftermath of a civil war, which remembers a city ‘surrounded by vineyards, palm trees, and basil,’ but now sees a wasteland of widows and dry wells, with ‘the city split into groups, / the connections between them cut off.’ The Mongol invasion of 1258, when tradition says the Tigris ran black with the ink of books and red with the blood of scholars, was still four hundred years away.”—Robyn Creswell, Paris Review online