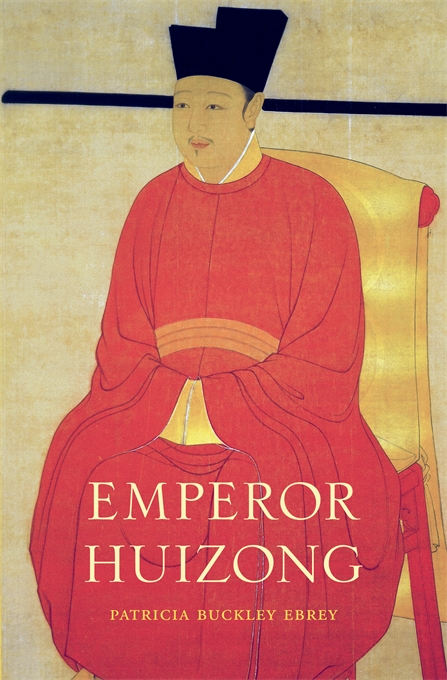 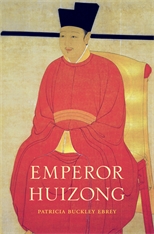 “Ebrey, a master historian of this period with an acute sense of the poignant and tragic, shows us, in this first English-language biography of Huizong, one of the most brilliantly cultured monarchs ever to have lived, and recounts his miserable end… Patricia Ebrey’s scholarly powers are amazing. I can think of few historians—Chinese or Western—of traditional China who could exceed or even match her knowledge of the arts so widely patronized and practiced by Huizong, from poetry and brushwork to music and gardening. Her ability to evaluate Song and later sources is a model for all scholars. Such books are an intense pleasure to read.”—Jonathan Mirsky, Literary Review

“[An] impressive new biography of Emperor Huizong by Patricia Buckley Ebrey, a respected scholar of Song China. If you feel you know about Henry VIII but know nothing of the history of early China, this book is essential.”—Robin Lane Fox, Financial Times

“Fascinating… In history, Huizong is often maligned as a most self-indulgent sovereign, siring at least 65 children while on the throne with multiple partners and spending a prodigious amount of wealth on his building projects. But he was also a rare talent who excelled in such highly esteemed art forms as poetry, calligraphy, and painting and was credited with inventing the elegant ‘thin-gold’ style of calligraphy.”—V. C. Xiong, Choice

“Constitutes the most comprehensive English-language work on the pivotal figure, whose rule saw a blossoming of art and culture but also the near-total collapse of Song dominance over southern China. But Ebrey also challenges some long-held assessments of Huizong’s rule, including the idea that Huizong was a decadent ruler whose commitment to the arts distracted him from political and military concerns… Besides providing a vivid portrait of a complicated man who, at the height of his reign, was arguably the most powerful person in the world, Ebrey provides thick and fascinating context at every turn, including attention to the important role of women in the Song court.”—Brendan Driscoll, Booklist

“Since he suffered military defeat and spent his final years as a captive of the Jurchens, Emperor Huizong (1082–1135), who ruled from 1100 to 1125, is remembered in Chinese history as a failure. Ebrey offers a more nuanced interpretation of his reign, in this first English-language biography of this Song Dynasty (960–1279) emperor… This is recommended reading for all students of Chinese history. Through the examination of this complicated ruler, Ebrey sheds light on the nature of monarchy in China, thus providing readers not only with a nuanced portrait of this emperor but a better understanding of how the political system of imperial China functioned.”—Joshua Wallace, Library Journal

“[Ebrey] showcases the great achievements Huizong made in culture and art: he worked toward administrative and educational reform; he produced poetry, hymns, and paintings that centered on Daoist themes; and he was ‘an avid builder of temples and gardens.’ Ebrey’s depictions of court life are masterfully detailed and she focuses on six grand projects that reflected the Emperor’s range of interests and talents: a new ritual code; a new Daoist canon; visual documentation of auspicious signs; collections of cultural treasures; the Bright Hall; and the Northeast Marchmount. The portrait does not exclude the Emperor’s fall from power, but it depicts Huizong’s acceptance of defeat… Historians will find Ebrey’s text of interest as a revisionist one that appreciates the richness of Chinese traditions.”—Publishers Weekly

“Emperor Huizong demonstrates both Ebrey’s outstanding skill as a scholar and the amazing depths to which she delved in her study. Given her unparalleled knowledge of Huizong and his court, her book will remain both a unique accomplishment and an enlightening contribution to our understanding of the relationship between a ruler and the culture and politics of his reign. Her work is to be commended.”—Hugh R. Clark, Ursinus College

“I feel certain that all historians will welcome Emperor Huizong, since it intermeshes the personal with the political, the policies with the man. By trying to understand what motivated Huizong to pursue an ambitious agenda of cultural renaissance and political reform, Ebrey adds a new dimension to our understanding of a ruler who still instills passions, both positive and negative.”—Richard L. Davis, Lingnan University

“Long depicted as a feckless ruler who brought about the downfall of the Northern Song, Huizong emerges in this magisterial study as an emperor fully in control of the world around him and dedicated to perfecting the art of rule. Historians of China will admire how Ebrey’s forensic approach replaces one-sided myths about Huizong’s rule with a comprehensive picture of emperor-centered court life. Above all, Ebrey tells a riveting story; her portrayal has all the power of a great novel. This book is quite simply superb.”—Paul Jakov Smith, Haverford College