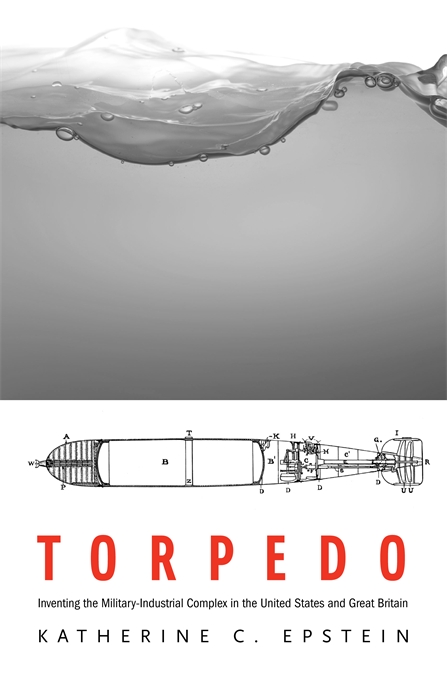 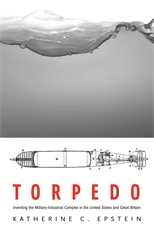 “Epstein has done a remarkable job of mastering a range of highly technical issues connected to the development of torpedoes in the United Kingdom and the United States prior to World War I… Her book will set the standard for further research on the military-industrial complex.”—Lawrence D. Freedman, Foreign Affairs

“By brilliantly synthesizing military history with the histories of business, technology, law, and public policy, Torpedo explodes a veritable fleet of assumptions ranging from the origins of the military–industrial complex to the ownership of intellectual property in a world where the divisions between public and private were in flux.”—Brian Balogh, author of A Government Out of Sight: The Mystery of National Authority in Nineteenth-Century America

“Epstein uses the history of American and British torpedo development to provide a thick description of the way boundaries between government and private industry eroded in the area of weapons development. Skillfully integrating military, legal, business, and technological history, she argues that the military–industrial complex began with torpedoes in the late-nineteenth century, not with atomic weapons in the mid-twentieth century. This highly original, deeply researched book is an important contribution to scholarship on war and the state.”—Mary L. Dudziak, author of War Time: An Idea, Its History, Its Consequences

“This rich and powerful book reveals a hidden revolution in naval warfare, one at the heart of the creation of the modern military–industrial complex. It is a fresh and sure-footed account of the emergence of the torpedo. By making the weapon’s significance and complexity clear for the first time, Torpedo rewrites British and U.S. naval history.”—David Edgerton, author of England and the Aeroplane: Militarism, Modernity and Machines

“You cannot understand the naval side of World War I without understanding the profound impact of torpedoes on the navies who fought—an impact that went well beyond the navies themselves. This book is an excellent guide to that story and to the technological revolution that brought it about.”—Norman Friedman, author of Network-Centric Warfare: How Navies Learned to Fight Smarter through Three World Wars

“Torpedo is the first detailed account of the development of naval torpedoes in the decades before World War I. But it is much more than that. It reveals the origin of the military–industrial complex, the fraught relations between governments and private firms, and the tangled legal history of intellectual property in weapons development. In doing so, it uncovers the complicated interconnections between technology, the military, and the law that historians of the period have previously ignored.”—Daniel R. Headrick, author of Technology: A World History

“This deeply researched book traces torpedoes’ impact on the British and American navies before World War I. During this period of rapid technological change and intense geopolitical competition, torpedoes—cutting-edge weapons at the time—disrupted traditional naval tactics and strategies, forcing navies to make operational and procurement decisions in the face of pervasive uncertainty. Epstein displays a keen understanding of the challenges confronting naval officers and policy-makers, and the parallels with today’s national-security affairs are striking. Highly recommended.”—Admiral James Stavridis, U.S. Navy (ret.) and Tufts University