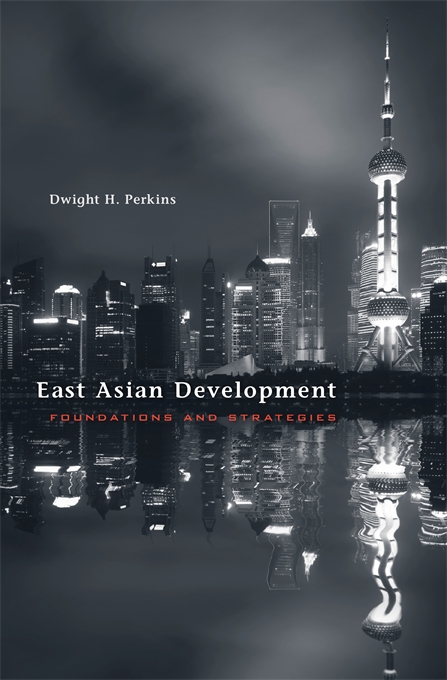 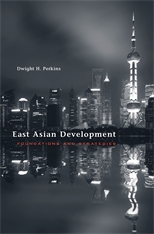 In the early 1960s, fewer than five percent of Japanese owned automobiles, China’s per capita income was among the lowest in Asia, and living standards in South Korea’s rural areas were on par with some of the world’s poorest countries. Today, these are three of the most powerful economies on earth. Dwight Perkins grapples with both the contemporary and historical causes and consequences of the turnaround, drawing on firsthand experience in the region to explain how Asian countries sustained such rapid economic growth in the second half of the twentieth century.

East Asian Development offers a comprehensive view of the region, from Japan and the “Asian Tigers” (Hong Kong, Singapore, Taiwan, South Korea) to Indonesia, Vietnam, Thailand, Malaysia, and China—a behemoth larger than all the other economies combined. While the overall picture of Asian growth is positive, no single economic policy has been effective regionwide. Interventionist policies that worked well in some countries failed elsewhere. Perkins analyzes income distribution, to uncover why initially egalitarian societies have ended up in very different places, with Japan, for example, maintaining a modest gap between rich and poor while China has become one of Asia’s most unequal economies.

Today, the once-dynamic Japanese and Korean economies are sluggish, and even China shows signs of losing steam. Perkins investigates whether this is a regional phenomenon or typical of all economies at this stage of development. His inquiry reminds us that the uncharted waters of China’s vast economy make predictions of its future performance speculative at best.