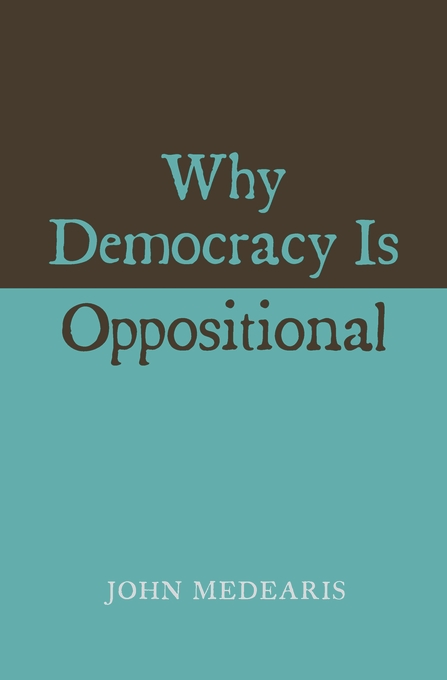 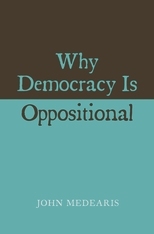 Why Democracy Is Oppositional

Is infrequent voting the most we can expect from a free citizenry? Would democracy be more robust if our political discourse were more deliberative? John Medearis’s trenchant and trend-bucking work of political philosophy argues that democracies face significant challenges that go beyond civic lethargy and unreasonable debate. Democracy is inherently a fragile state of affairs, he reminds us. Revisiting fundamental questions about the system in theory and practice, Why Democracy Is Oppositional helps us see why preserving democracy has always been—and will always be—a struggle.

As citizens of democracies seek political control over their destinies, they confront forces that threaten to dominate their lives. These forces may take the form of runaway financial markets, powerful special interests, expanding militaries, or dysfunctional legislatures. But citizens of democracies help create the very institutions that overwhelm them. Hostile threats do not generally come from the outside but are the product of citizens’ own collective activities. Medearis contends that democratic action perpetually arises to reclaim egalitarian control over social forces and institutions that have become alienated from large numbers of citizens. Democracy is therefore necessarily oppositional. Concerted, contentious political activities of all kinds are fundamental to it, while consensus and easy compromise are rarities.

Recovering insights from political theorists such as Karl Marx and John Dewey, Why Democracy Is Oppositional addresses contemporary issues ranging from the global financial crisis and economic inequality to drone warfare and mass incarceration.