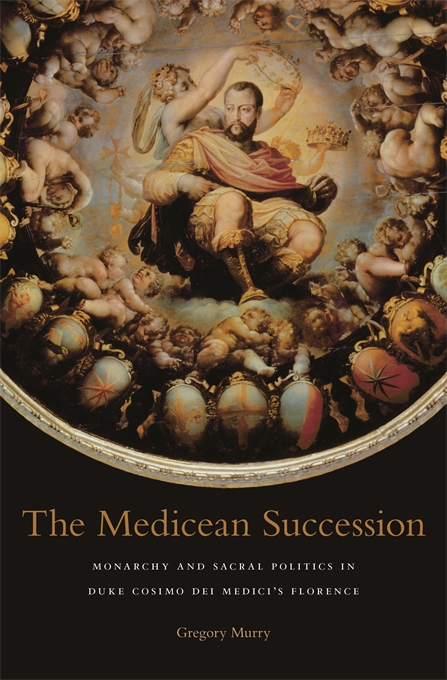 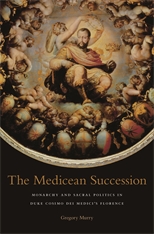 In 1537, Florentine Duke Alessandro dei Medici was murdered by his cousin and would-be successor, Lorenzino dei Medici. Lorenzino’s treachery forced him into exile, however, and the Florentine senate accepted a compromise candidate, seventeen-year-old Cosimo dei Medici. The senate hoped Cosimo would act as figurehead, leaving the senate to manage political affairs. But Cosimo never acted as a puppet. Instead, by the time of his death in 1574, he had stabilized ducal finances, secured his borders while doubling his territory, attracted an array of scholars and artists to his court, academy, and universities, and, most importantly, dissipated the perennially fractious politics of Florentine life.

Gregory Murry argues that these triumphs were far from a foregone conclusion. Drawing on a wide variety of archival and published sources, he examines how Cosimo and his propagandists successfully crafted an image of Cosimo as a legitimate sacral monarch. Murry posits that both the propaganda and practice of sacral monarchy in Cosimo’s Florence channeled preexisting local religious assumptions as a way to establish continuities with the city’s republican and renaissance past. In The Medicean Succession, Murry elucidates the models of sacral monarchy that Cosimo chose to utilize as he deftly balanced his ambition with the political sensitivities arising from existing religious and secular traditions.