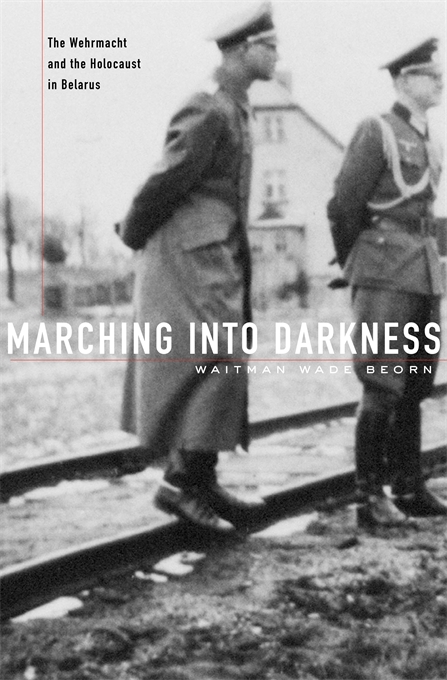 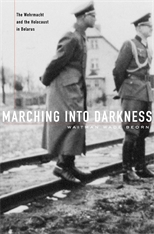 The Wehrmacht and the Holocaust in Belarus

On October 10, 1941, the entire Jewish population of the Belarusian village of Krucha was rounded up and shot. While Nazi death squads routinely carried out mass executions on the Eastern Front, this particular atrocity was not the work of the SS but was committed by a regular German army unit acting on its own initiative. Marching into Darkness is a bone-chilling exposé of the ordinary footsoldiers who participated in the Final Solution on a daily basis.

Although scholars have exploded the myth that the Wehrmacht played no significant part in the Holocaust, a concrete picture of its involvement at the local level has been lacking. Among the crimes Waitman Wade Beorn unearths are forced labor, sexual violence, and graverobbing, though a few soldiers refused to participate and even helped Jews. By meticulously reconstructing the German army’s activities in Belarus in 1941, Marching into Darkness reveals in stark detail how the army willingly fulfilled its role as an agent of murder on a massive scale. Early efforts at improvised extermination progressively became much more methodical, with some army units going so far as to organize “Jew hunts.” Beorn also demonstrates how the Wehrmacht used the pretense of anti-partisan warfare as a subterfuge by reporting murdered Jews as partisans.

Through archival research into military and legal records, survivor testimonies, and eyewitness interviews, Beorn paints a searing portrait of a professional army’s descent into ever more intimate participation in genocide.