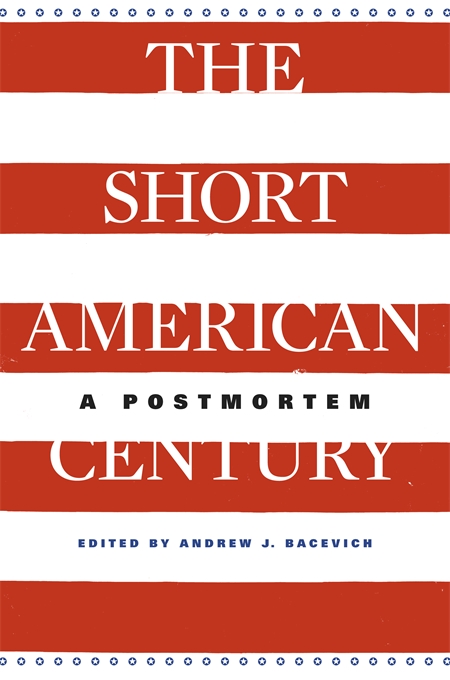 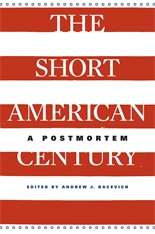 Writing in Life magazine in February 1941, Henry Luce memorably announced the arrival of “The American Century.” The phrase caught on, as did the belief that America’s moment was at hand. Yet as Andrew J. Bacevich makes clear, that century has now ended, the victim of strategic miscalculation, military misadventures, and economic decline. To take stock of the short American Century and place it in historical perspective, Bacevich has assembled a richly provocative range of perspectives.

What did this age of reputed American preeminence signify? What caused its premature demise? What legacy remains in its wake? Distinguished historians Jeffry Frieden, Akira Iriye, David Kennedy, Walter LaFeber, Jackson Lears, Eugene McCarraher, Emily Rosenberg, and Nikhil Pal Singh offer illuminating answers to these questions. Achievement and failure, wisdom and folly, calculation and confusion all make their appearance in essays that touch on topics as varied as internationalism and empire, race and religion, consumerism and globalization.

As the United States grapples with protracted wars, daunting economic uncertainty, and pressing questions about exactly what role it should play in a rapidly changing world, understanding where the nation has been and how it got where it is today is critical. What did the forging of the American Century—with its considerable achievements but also its ample disappointments and missed opportunities—ultimately yield? That is the question this important volume answers.