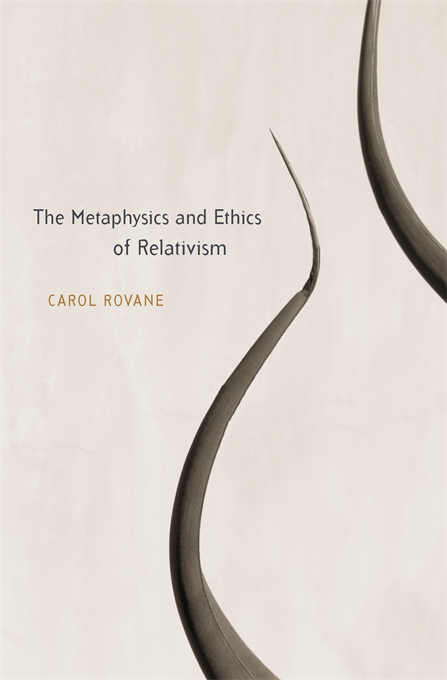 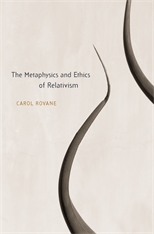 The Metaphysics and Ethics of Relativism

Relativism is a hotly contested doctrine among philosophers, some of whom regard it as neither true nor false but simply incoherent. As Carol Rovane demonstrates in this analytical tour-de-force, the way to defend relativism is not initially by establishing its truth but by clarifying its content. The Metaphysics and Ethics of Relativism elaborates a doctrine of relativism that has a consistent logical, metaphysical, and practical significance. Relativism is worth debating, Rovane contends, because it bears directly on the moral choices we make in our lives.

Three intuitive conceptions of relativism have been influential in philosophical discourse. These include the idea that certain unavoidable disagreements are irresolvable, leading to the conclusion that “both sides are right,” and the idea that truth is always relative to context. But the most compelling, Rovane maintains, is the “alternatives intuition.” Alternatives are truths that cannot be embraced together because they are not universal. Something other than logical contradiction excludes them. When this is so, logical relations no longer hold among all truth-value-bearers. Some truths will be irreconcilable between individuals even though they are valid in themselves.

The practical consequence is that some forms of interpersonal engagement are confined within definite boundaries, and one has no choice but to view what lies beyond those boundaries with what Rovane calls “epistemic indifference.” In a very real sense, some people inhabit different worlds—true in themselves, but closed off to belief from those who hold irreducibly incompatible truths.